St. Philip’s Church is an historic church at 142 Church Street in Charleston. Built in 1836, this stuccoed brick church features an imposing tower designed in the Wren-Gibbs tradition.On November 7, 1973, it was added to the National Register of Historic Places and designated a National Historic Landmark.

Established in 1681, St. Philip’s is the oldest religious congregation in South Carolina. The first St. Philip’s Church, a wooden building, was built between 1680 and 1681 at the corner of Broad and Meeting streets on the present day site of St. Michael’s Episcopal Church. It was damaged in a hurricane in 1710 and a new St. Phillip’s Church was begun a few blocks away on Church Street. After being delayed it was finished in 1723 but burned to the ground in 1835. Work on the present church was begun that same year and completed the next. The steeple was added between 1848 and 1850.

I recently had the pleasure of photographing this aerial photograph featuring St. Philips Episcopal Church. In the foreground we find one of Charleston’s iconic horse-and-carriage tours ambling up Church Street as it approaches the imposing structure. The dramatic Arthur Ravenel Junior Bridge gracefully spans the Charleston Harbor in the distance. 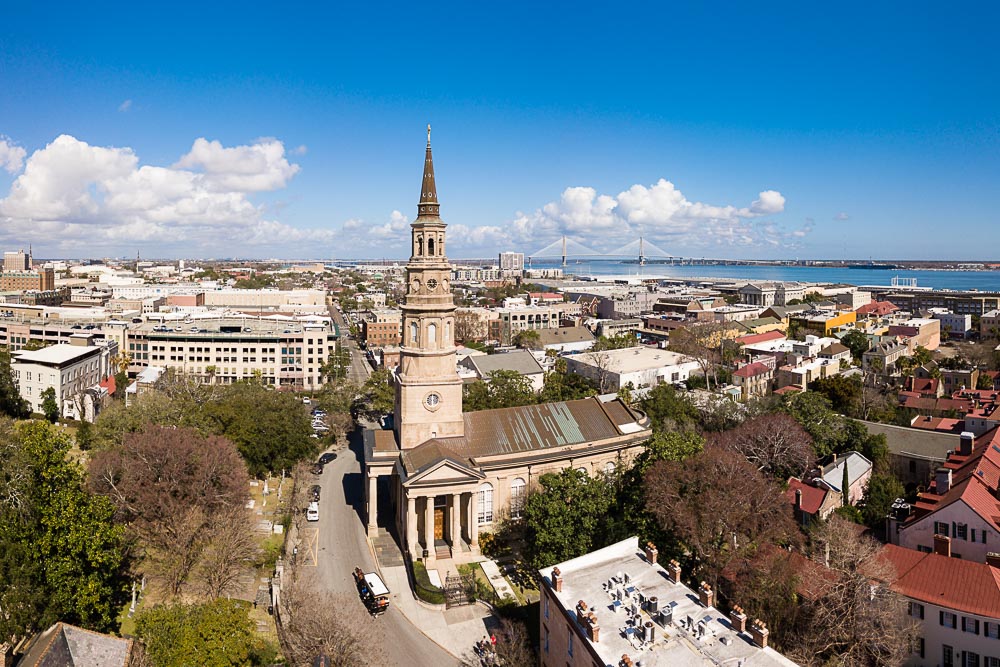