Carowinds is a 400-acre amusement park located on the border of North and South Carolina. The park opened on March 31, 1973, at a cost of $70 million. This was the result of a four-year planning period spearheaded by Charlotte businessman Earl Patterson Hall, who was inspired to build the park by a 1956 trip to Disneyland.

The hero of Carowinds is Fury 325. This giant “giga coaster” is loosely themed around Charlotte’s nickname, The Hornet’s Nest. It has a height of 325 ft, making it the tallest giga coaster. It’s the fastest non-launched roller coaster in the world! With a top speed of 95 mph, it’s also the sixth fastest in the world overall. Fury 325 is the single largest investment in the park’s history.

Using the DJI Mavic Pro, I had the pleasure of creating this aerial drone image of the park before their crazy summer season begins! 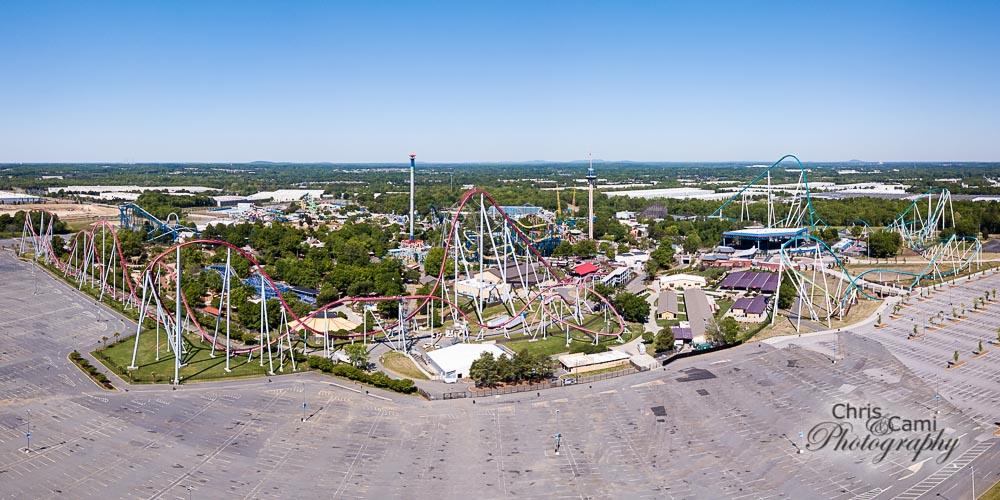