We live in interesting times!!!

Photography certainly has evolved over the 40 years since I first got “hooked” with my Dad’s Pentax K1000. I photographed all through high-school as the senior yearbook photographer with that camera and a Rikoh KR-5, switching to the Pentax Program Plus and ME Super in college. I upgraded to medium format Mamiya 645 when I turned pro after college. When auto-focus technology arrived, I converted to Nikon N8008, N90, and F100. Things got really interesting when digital hit the scene. I was an early adopter with the D100, progressing to the D2x, D3, D4, D5, and many other variations in between. Most recently, the big change has been switching to mirrorless. I’m currently working with the Z9 and loving it!

But what’s really cool is how cameras and computers have become so integrated! Last week I had a fantastic time photographing a greenscreen event in New Orleans for one of our favorite clients, the US Grains Council! Similar to how the weatherman shows you the maps on TV, I used a green background that the computer would later drop out and replace with a digital background.  With my D5 tethered to one laptop, Lightroom would instantly import the image. Then a special program from the awesome team at Photo Party Upload would watch that “hot folder” and pop the image up in an intuitive kiosk app.  If the first laptop was still being used by the previous guest in the booth, I had a second laptop set up with the same kiosk app running on it for the next person to use.  After getting their picture made, guests would go to one of the kiosks to choose which background image they wanted, and use the touchscreen to pinch and zoom their photo, placing themselves in the “scene” wherever they wanted. Finally, they could instantly share the final image on social media, or simply email it to themselves.

It was so much fun watching everyone get creative and have fun with the system! 40 years ago, if you had told me I’d be doing this king of “magic” with today’s technology, I would have told you you were crazy!!! 🙂 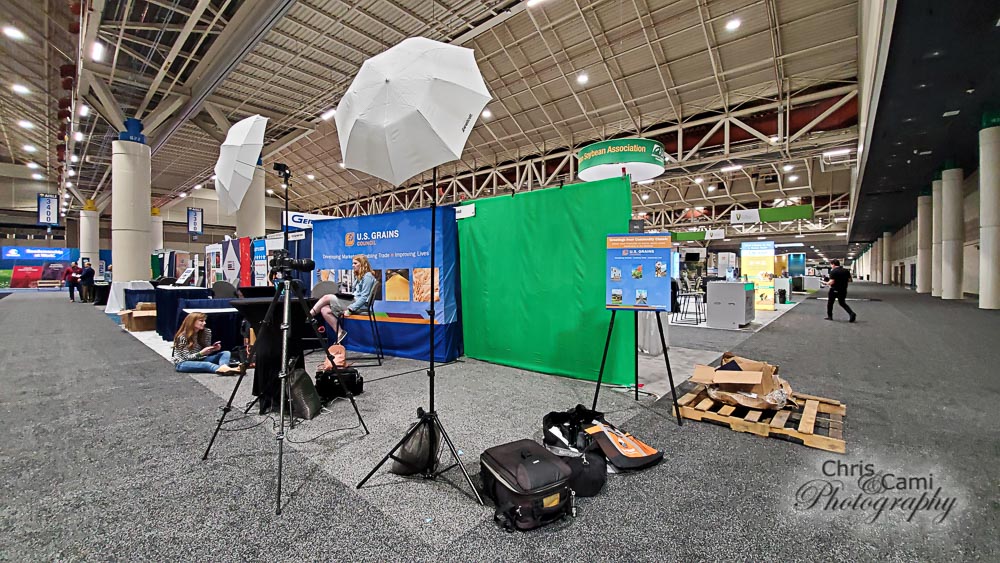 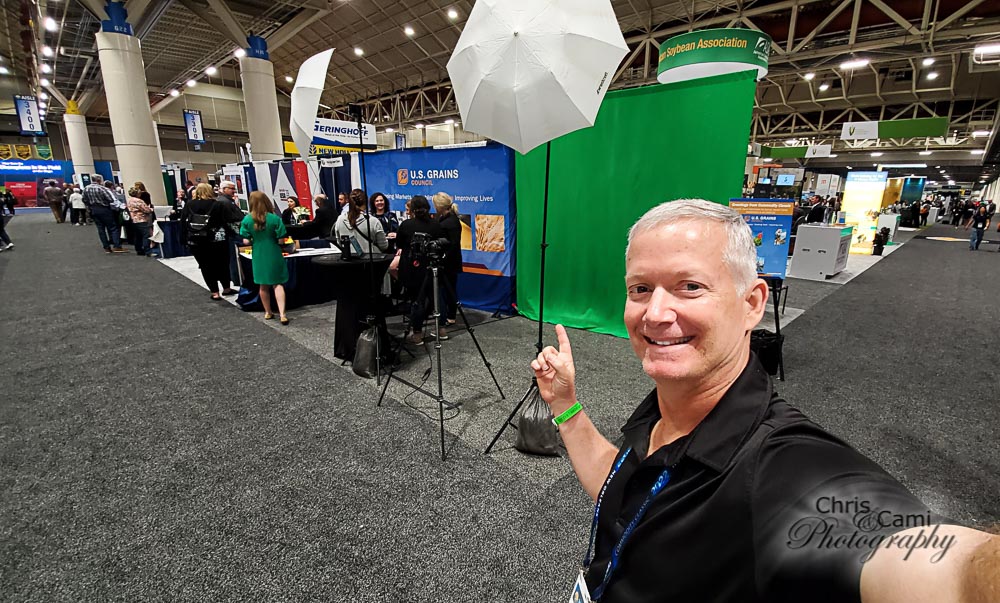 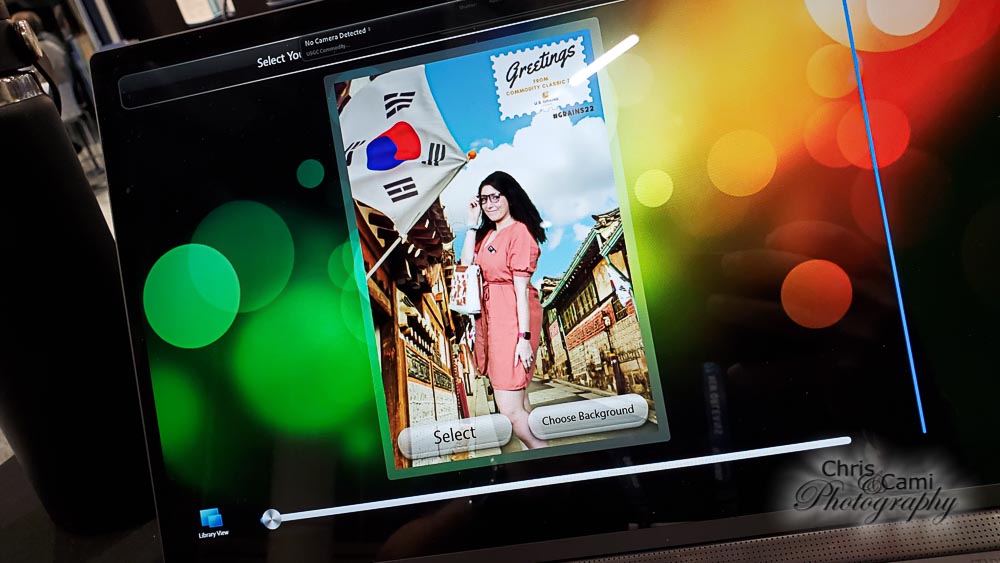 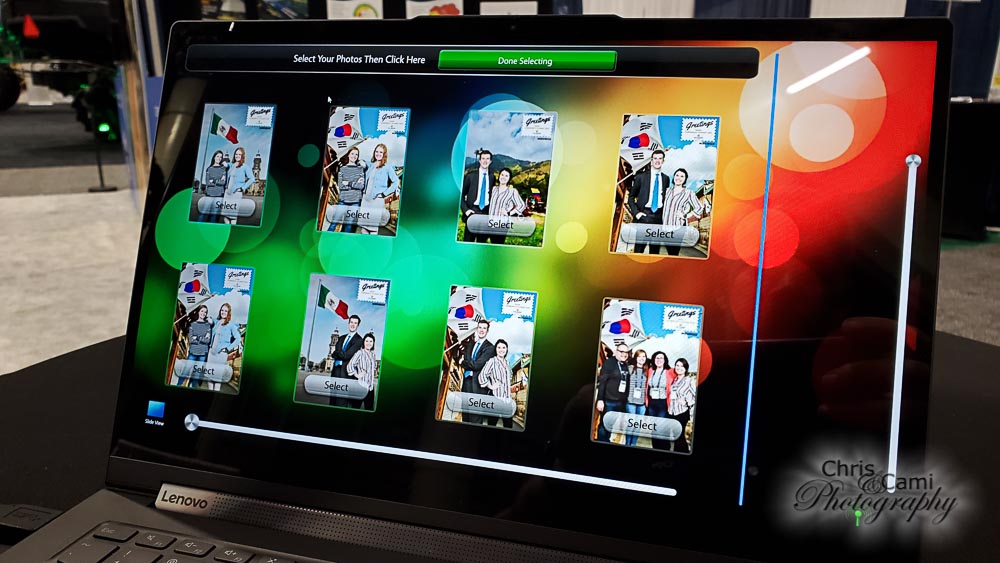 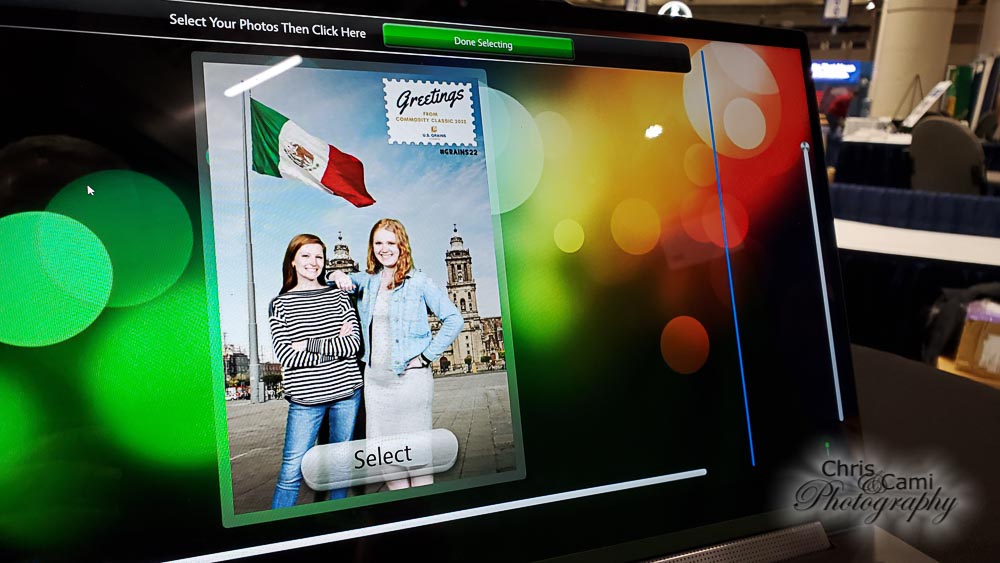 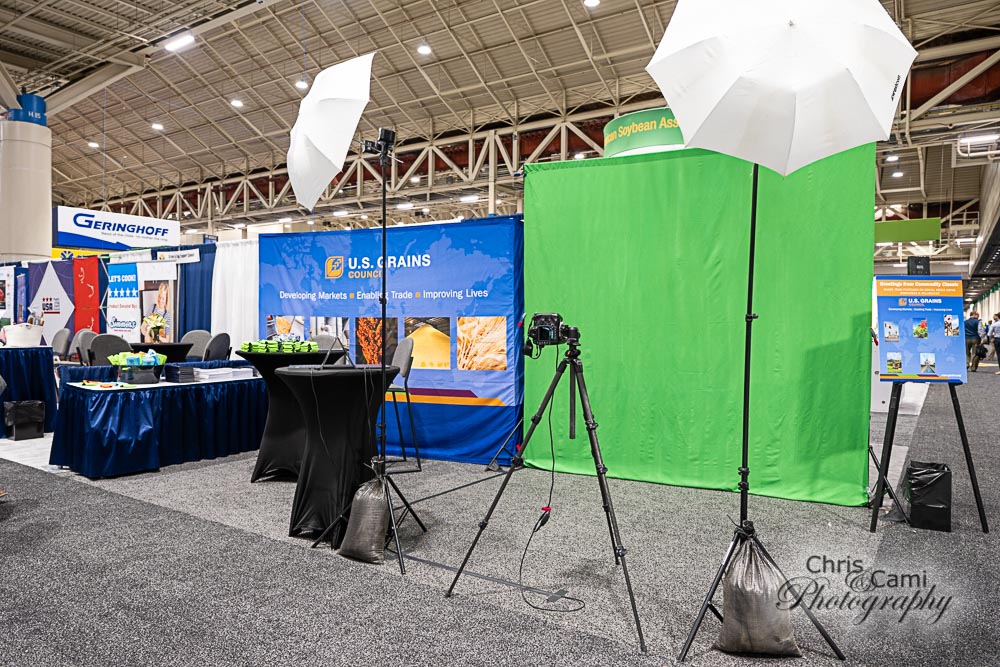 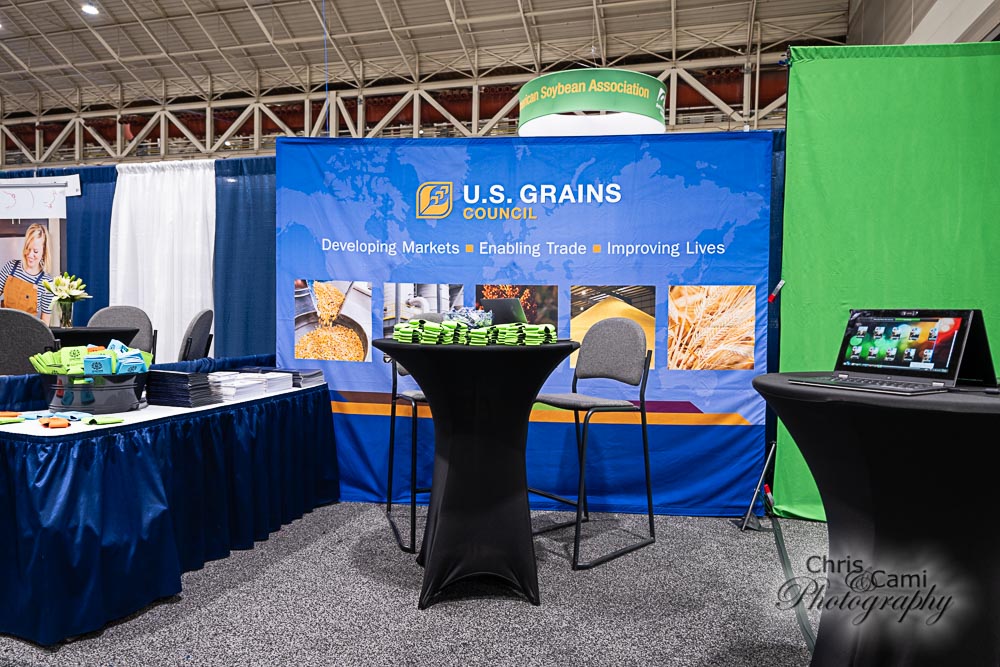 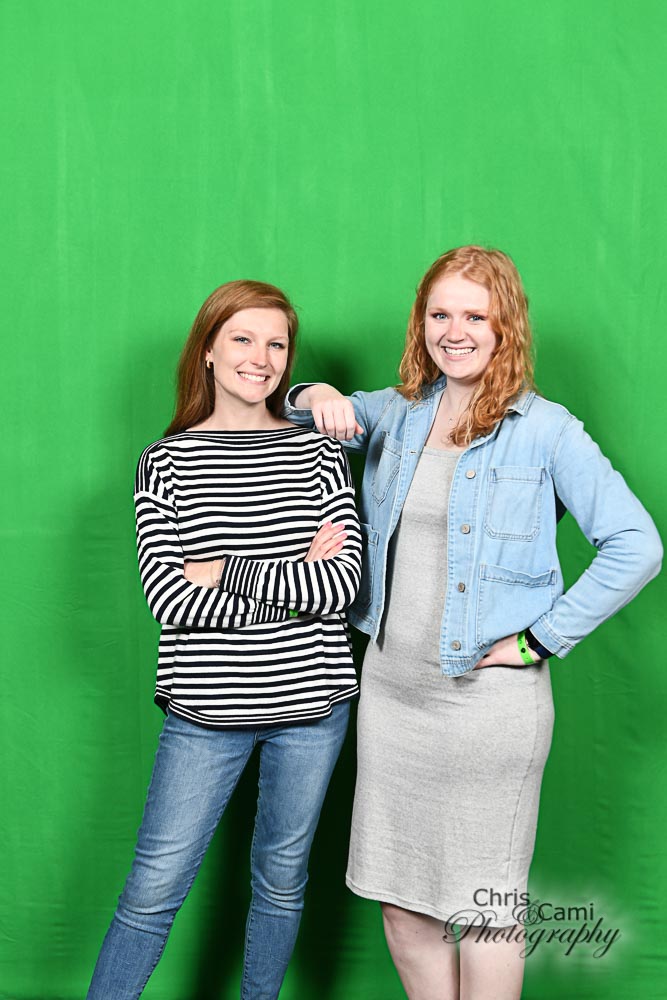 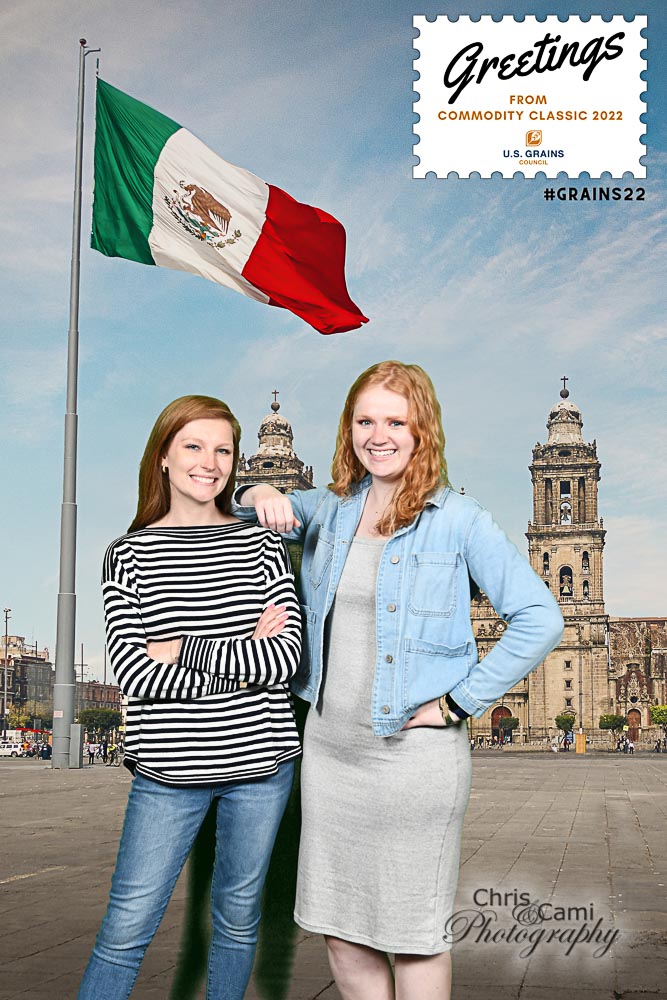 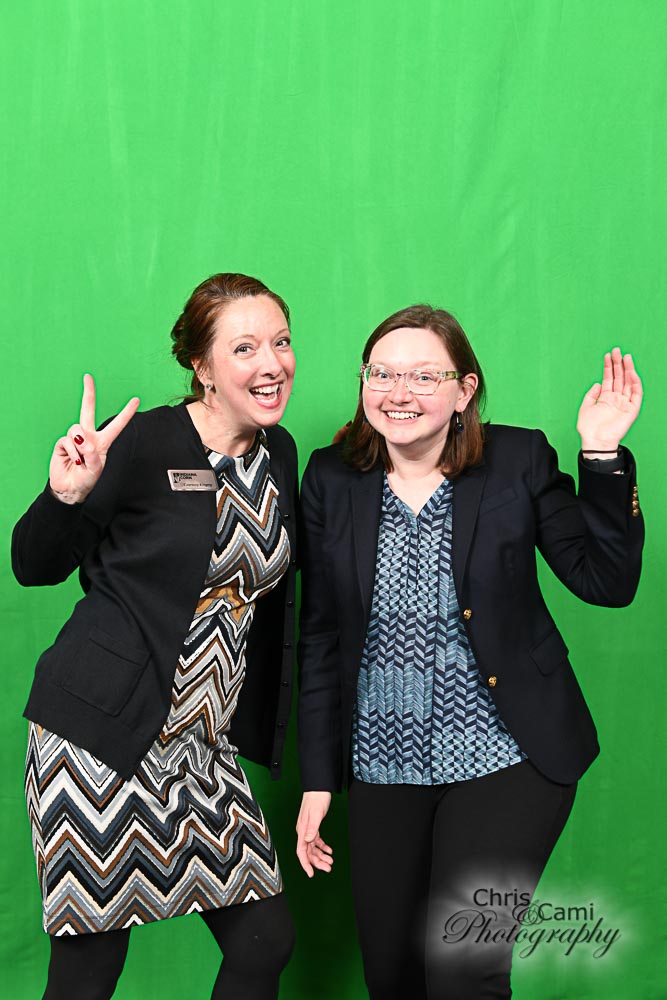 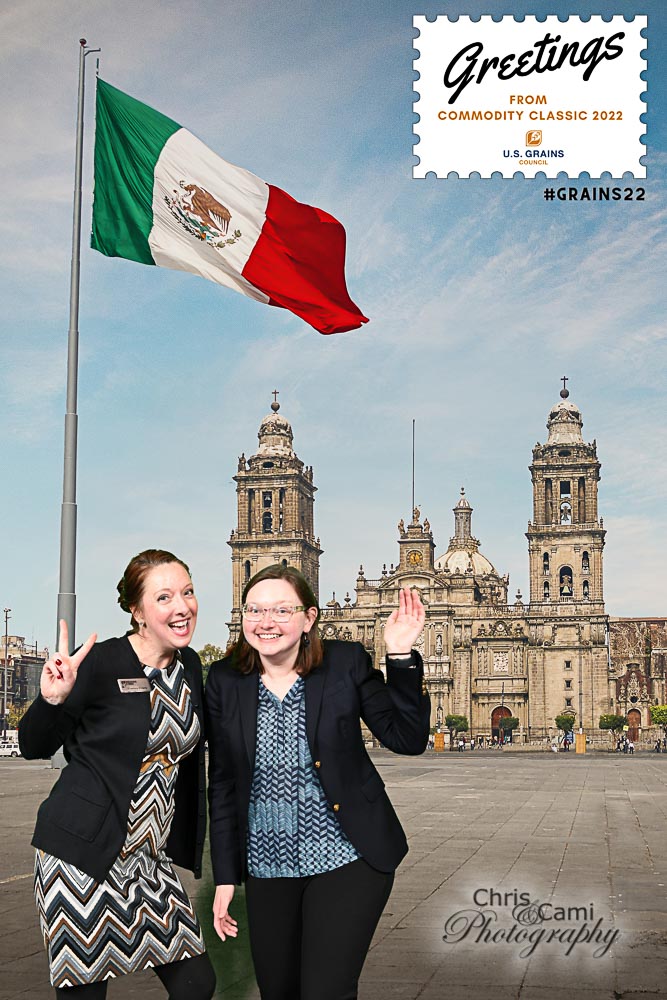 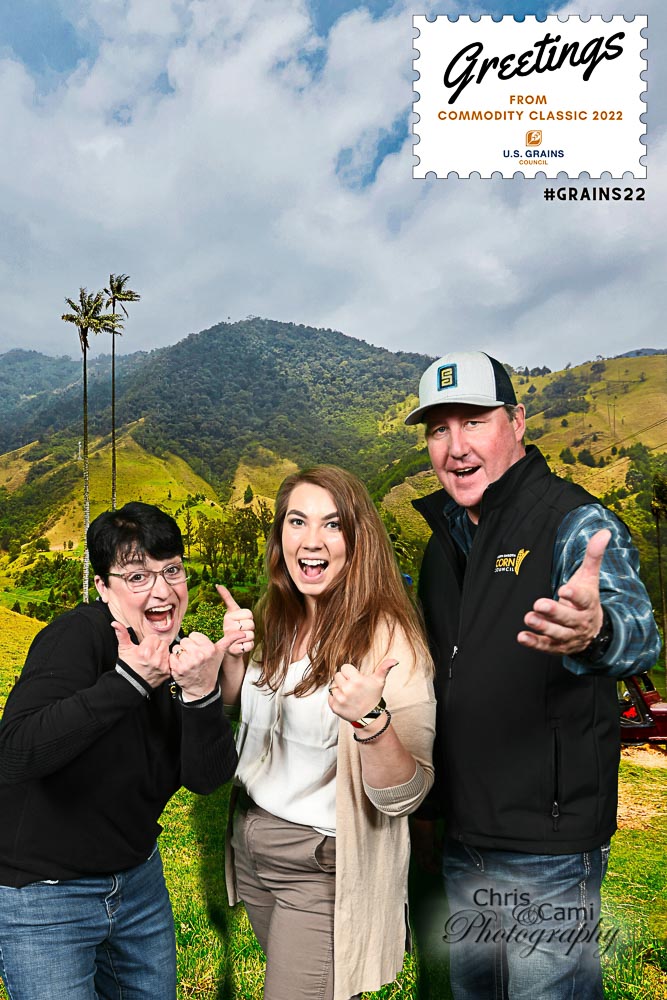 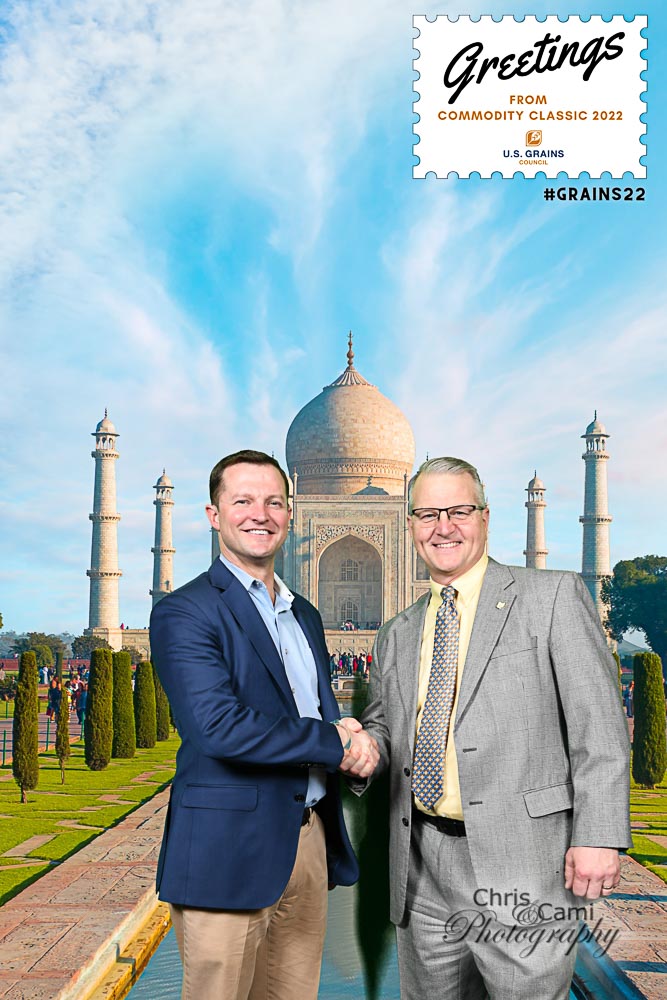 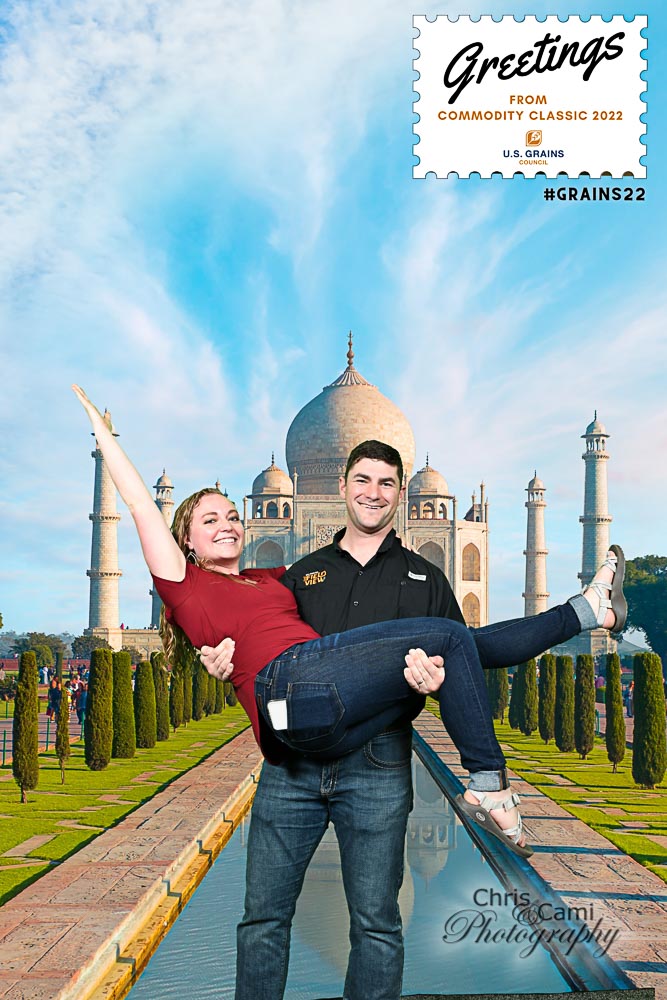 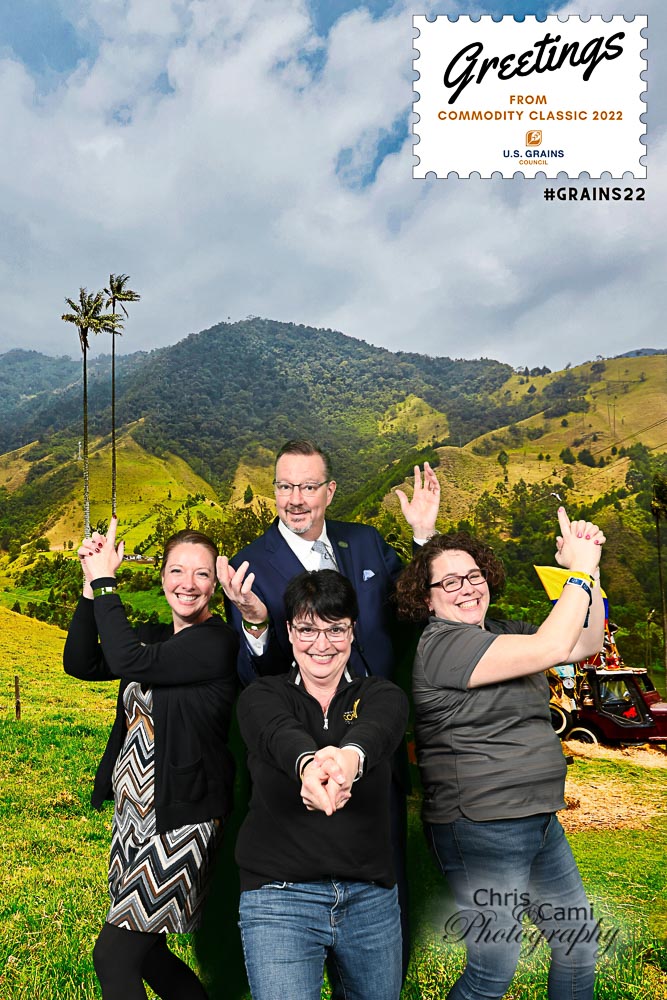 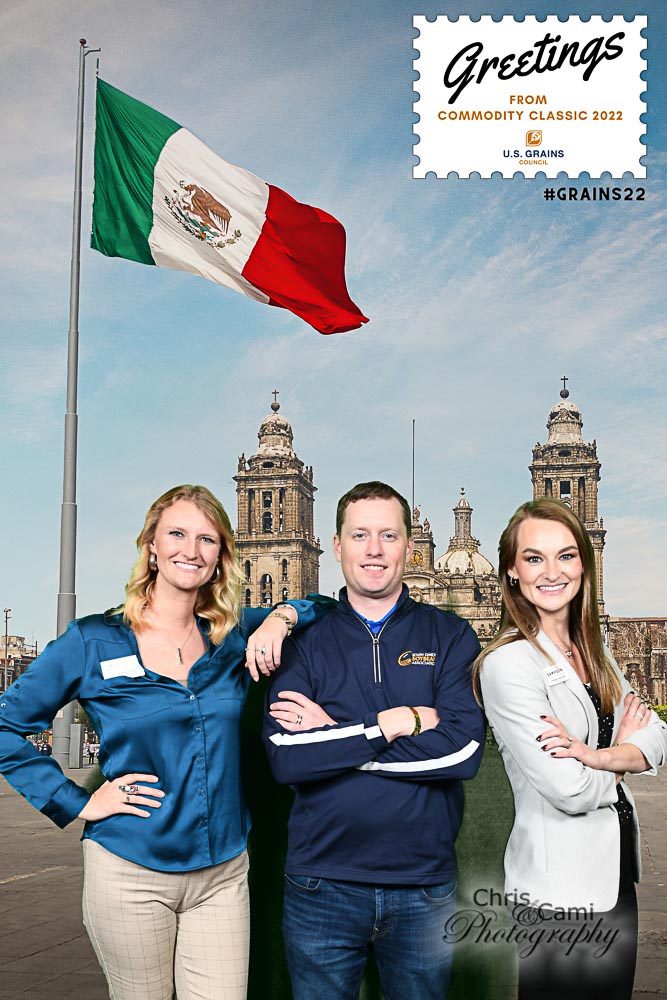 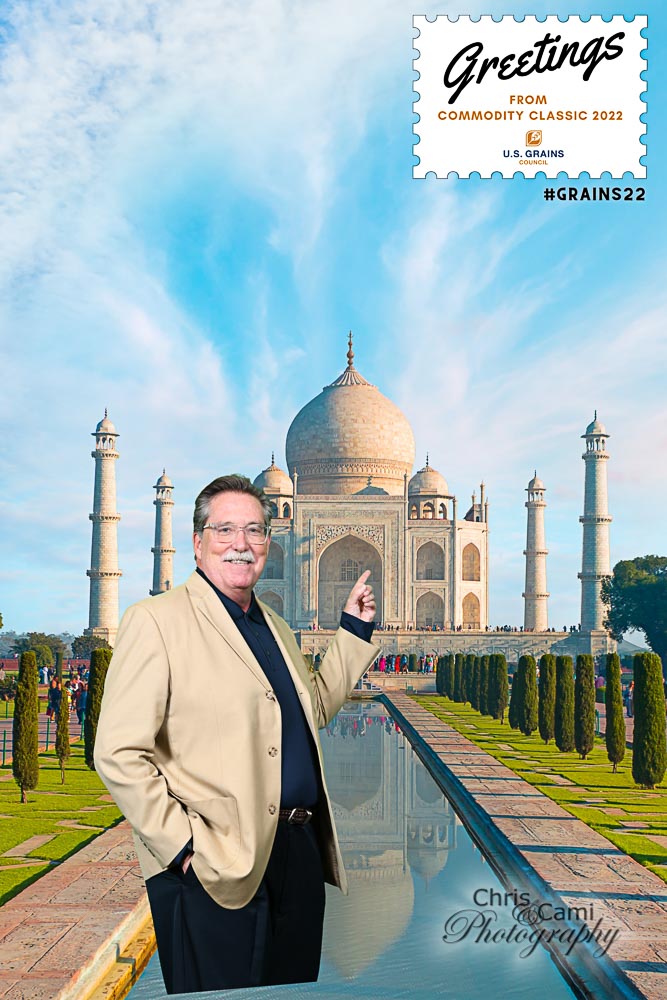 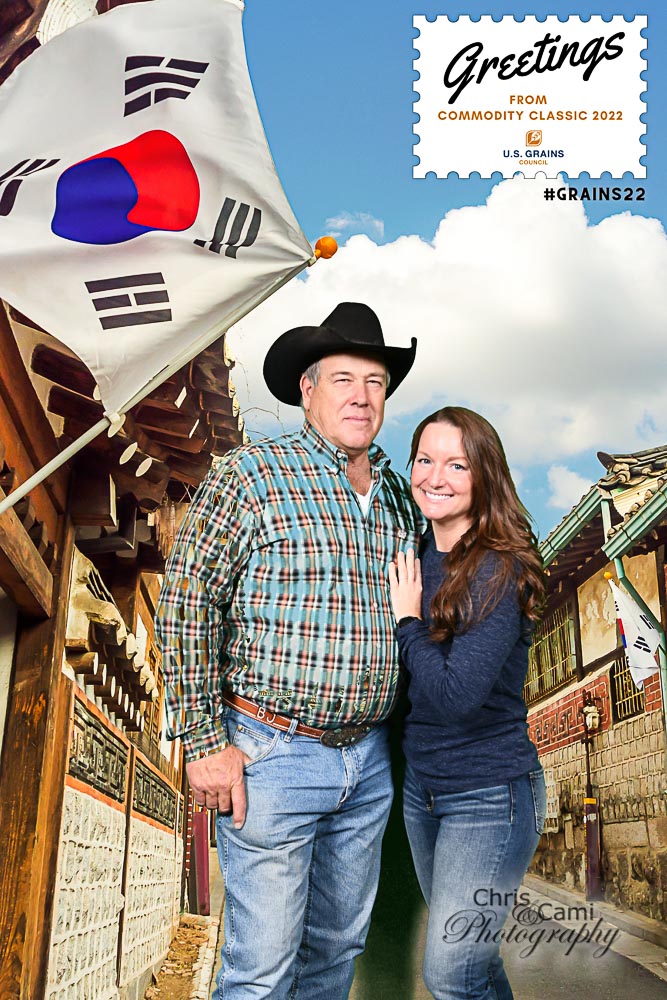 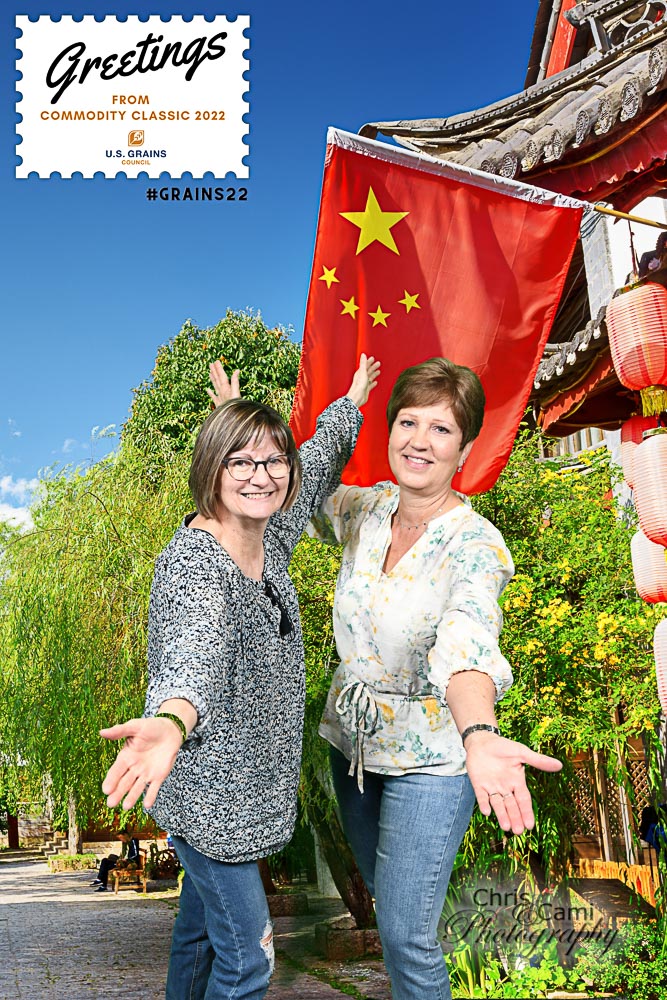 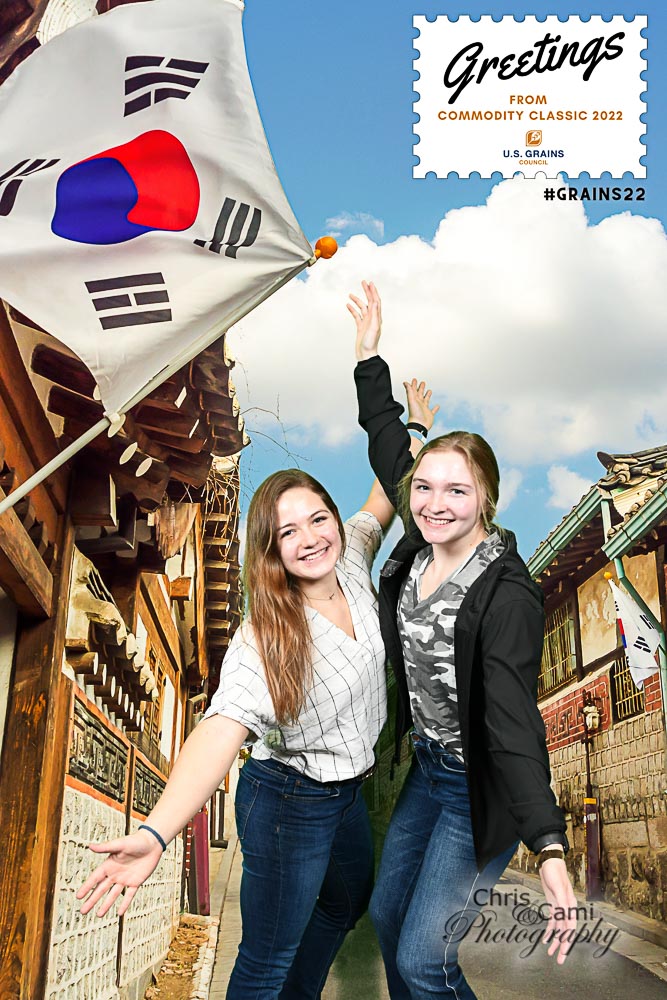 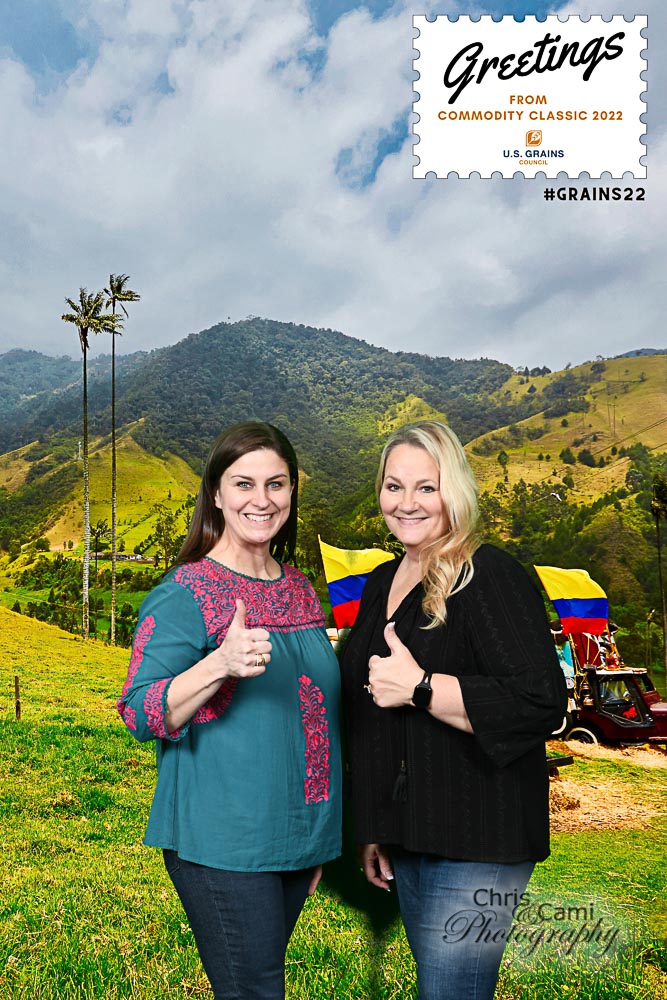 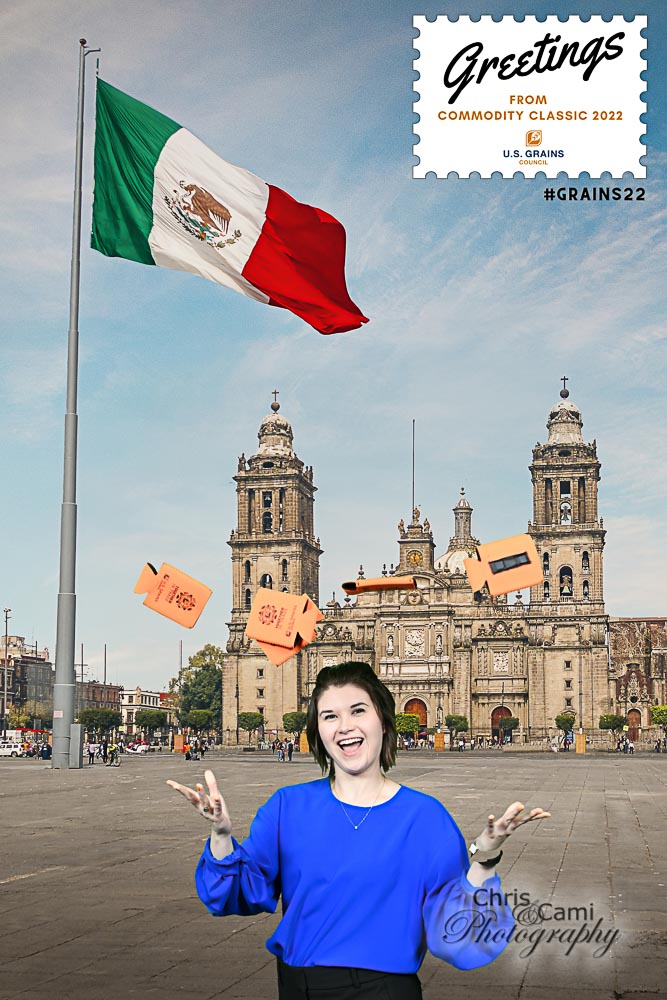 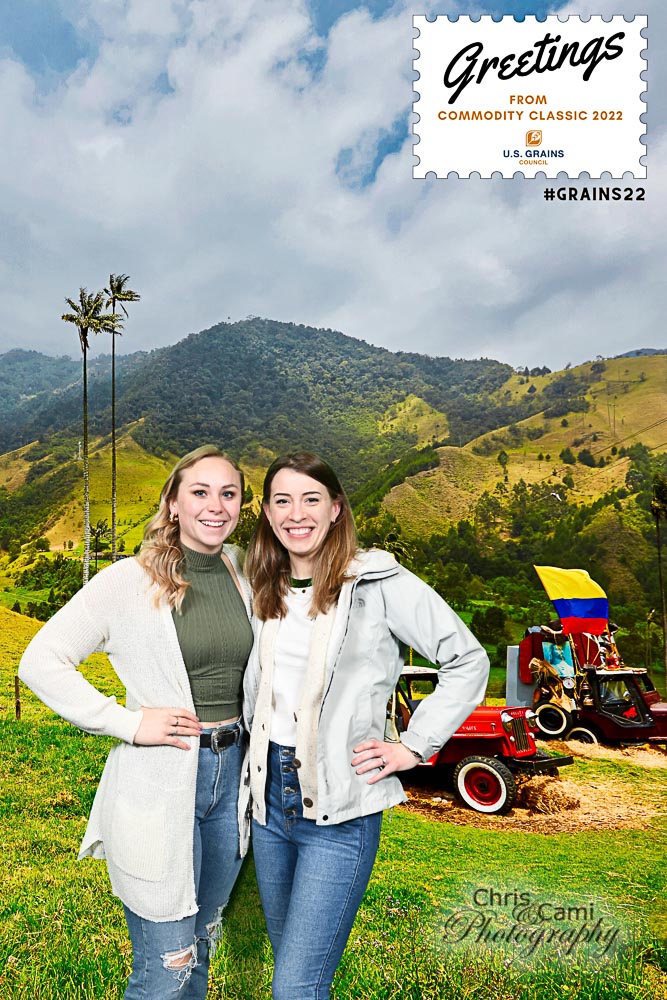 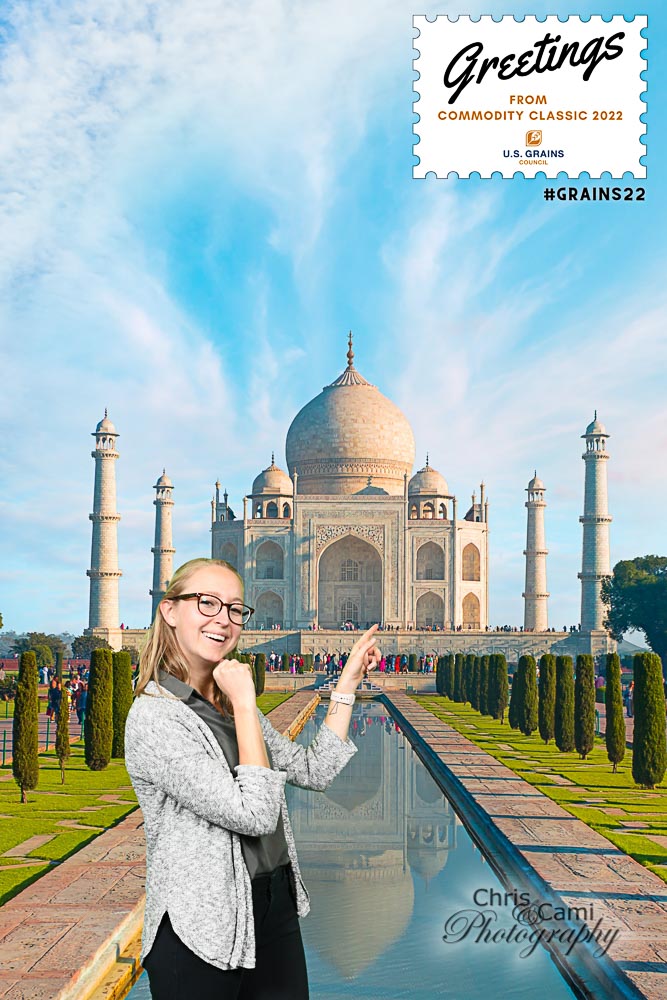 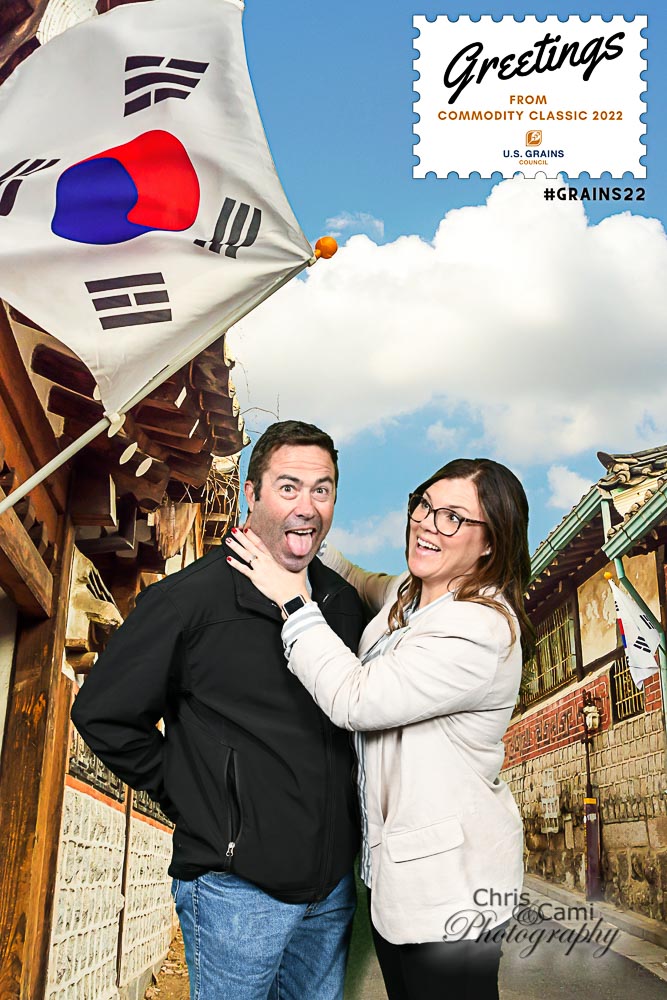