I had so much fun photographing Frank and Sommer’s wedding last year. The Kordonis’ and Peterman’s are such wonderful families! So when Ben called to ask if I would photograph his Surprise Proposal to Frank’s sister, Paulina, I was ECSTATIC!!!

Ben had come up with a really unique but challenging idea for his proposal. He wanted to do it at the James Island County Park Holiday Festival of Lights. There were two major obstacles against us…there is no light…and there is no privacy! However, I loved the idea and went out to the park on a scouting trip. Soon a plan began to take shape.

I reached out to my friend, Gary Coleman, who is a good friend and has been Santa’s private photographer at James Island County Park for 13 years. Since Santa doesn’t make appearances after Christmas Eve, Gary was free to come with me and help out. He was able to let the park staff know what was going on, and ask Laura, one of the kind staff members, to help us with “crowd control”.

Arriving early to set up, we mounted a flash on a Manfrotto Magic Arm on one side of the “Tunnel of Lights”, and a second flash on a light-stand in the forest on the other side. Both were dialed way down to 1/128th power so as not to over-ride the beautiful ambiance of the festival lighting. I hid a Nikon Z6II with a 24-70 f2.8 under the “mushroom” display, which I triggered with a WR-R10 remote control. And I hid back behind the “woodpecker” display with a Nikon D5 using a 70-200 f2.8. Both cameras were set to ISO 2500, f2.8, and 1/60th sec.

After a nice dinner together, Ben & Paulina arrived at the Festival of Lights for what she thought was just part of their date night. Secretly staying in touch with Ben via text, he let me know when they were approaching the “Tunnel of Light” that we had selected as the spot to do his thing. Once I got the word, Laura helped me ask the crowd on my side of the tunnel to wait a moment for him to have a little privacy (and a clear shot from my cameras). Meanwhile, Gary, who was stationed at the far end of the tunnel, asked everyone on that end to wait a moment for them. By the time the tunnel was clear, there were probably 30 people all hiding behind me and holding their breath in anticipation of the big moment!

Ben rounded the corner exactly as planned, took to his knee, and asked Paulina to be his wife. Of course SHE SAID YES!!! And the crowd of people that had silently assembled all broke out in thunderous applause and loud cheers of encouragement for the happy couple! 🙂 Following this special moment, Gary and I took Ben & Paulina on a fun little mini-shoot throughout the Festival of Lights, before leaving them to enjoy their roasted marshmallows and celebrate this special moment in their lives.

CONGRATULATIONS Ben & Paulina! We wish you all the best as you begin this beautiful journey together… 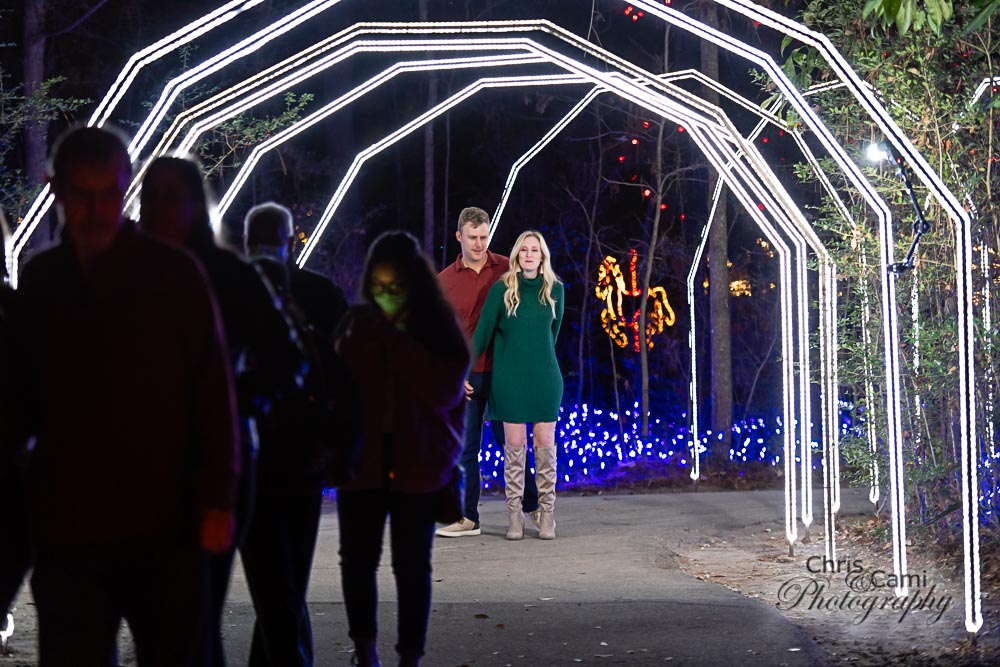 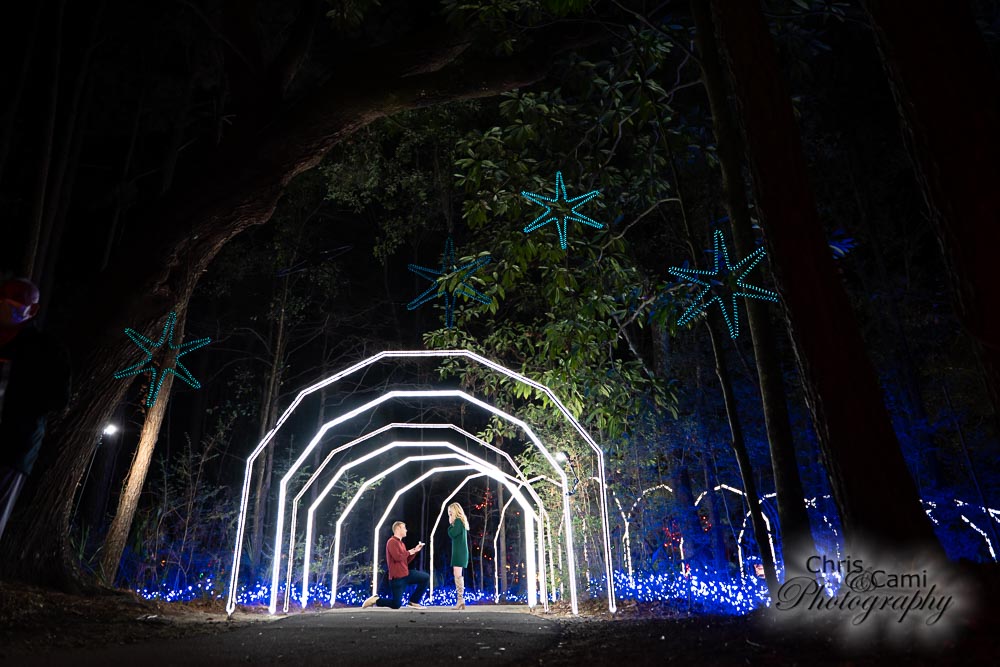 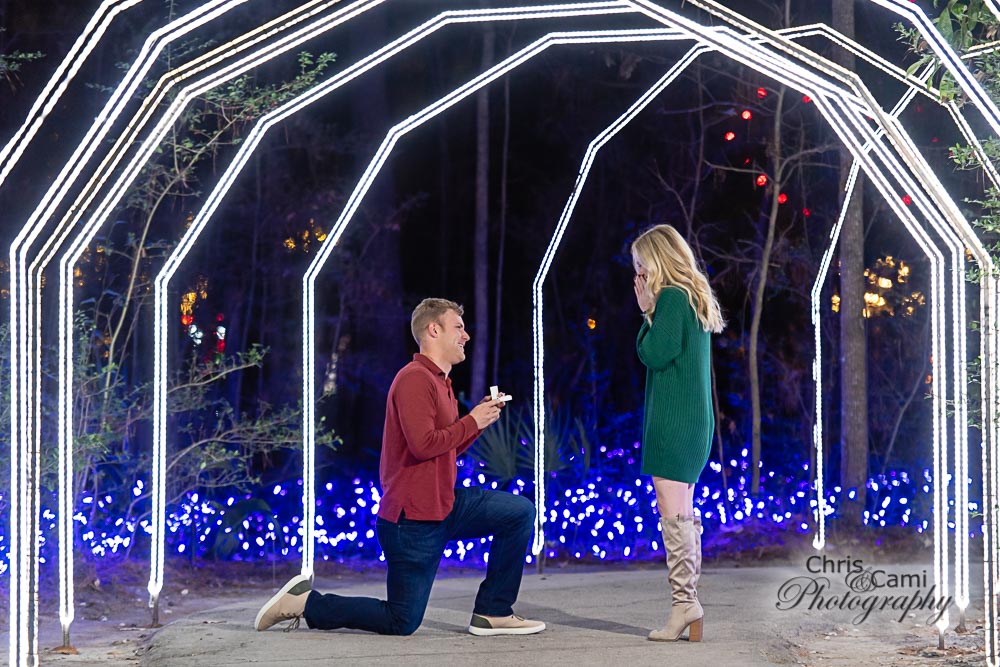 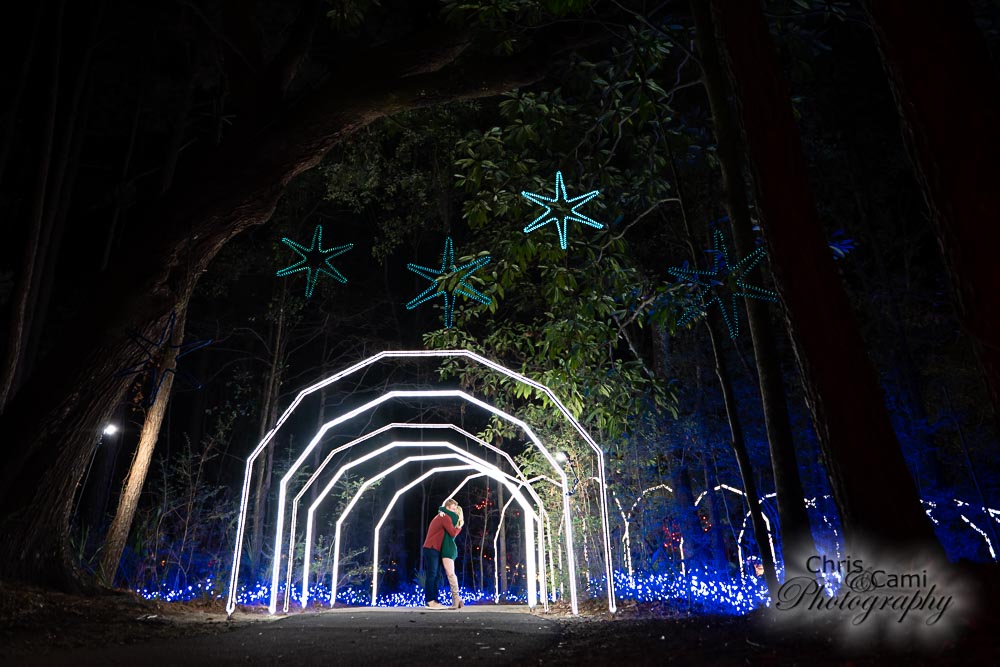 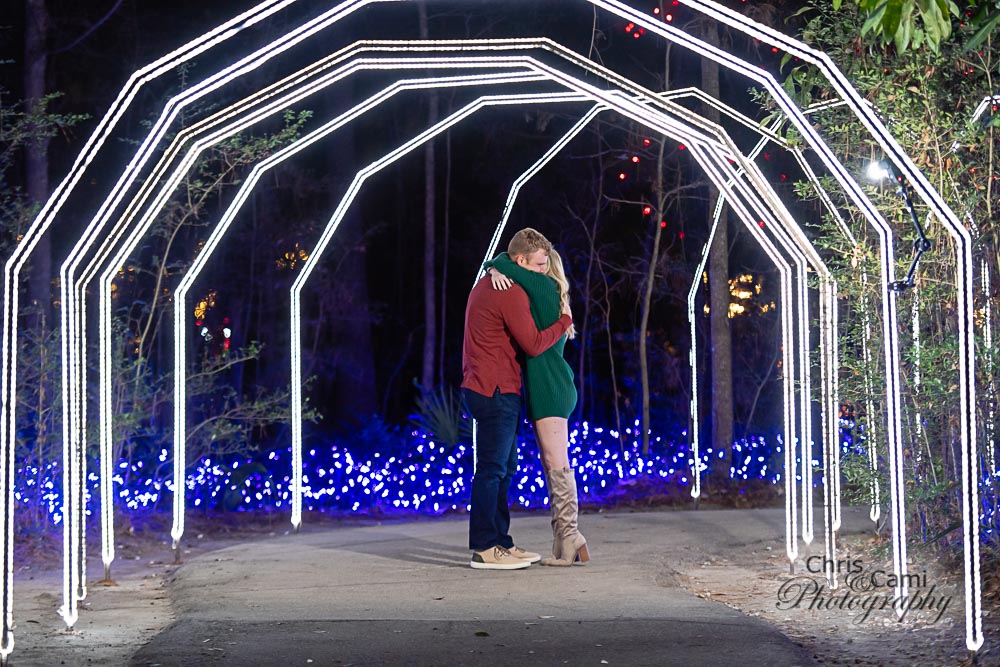 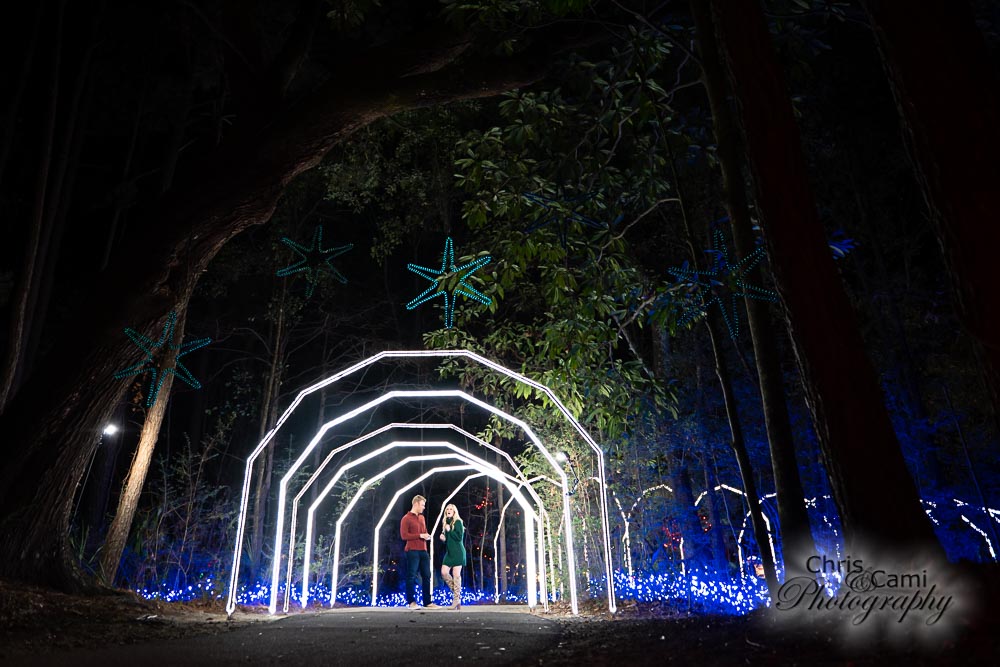 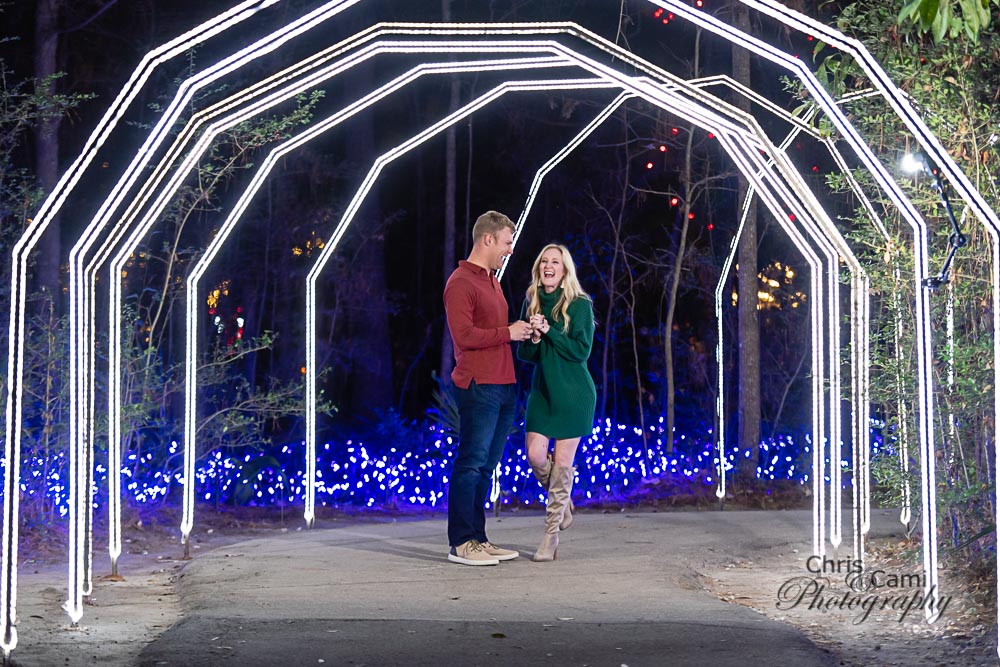 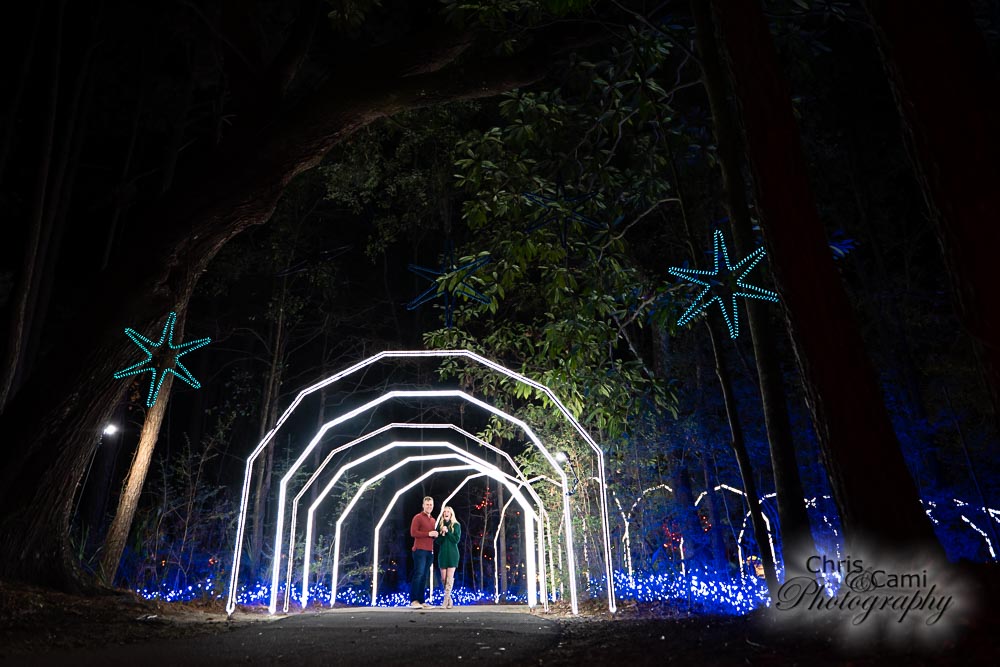 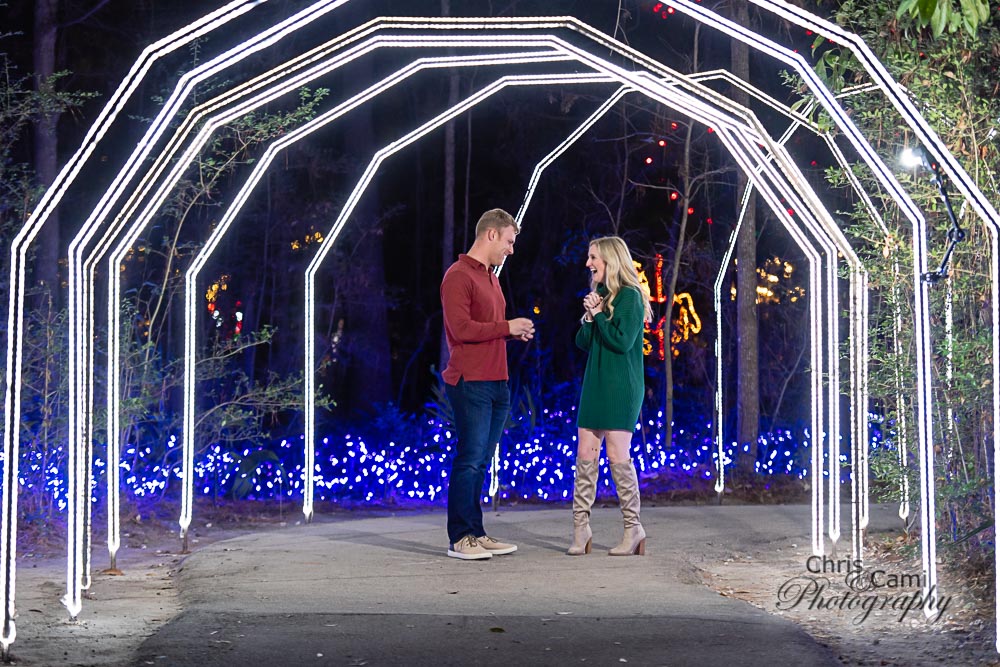 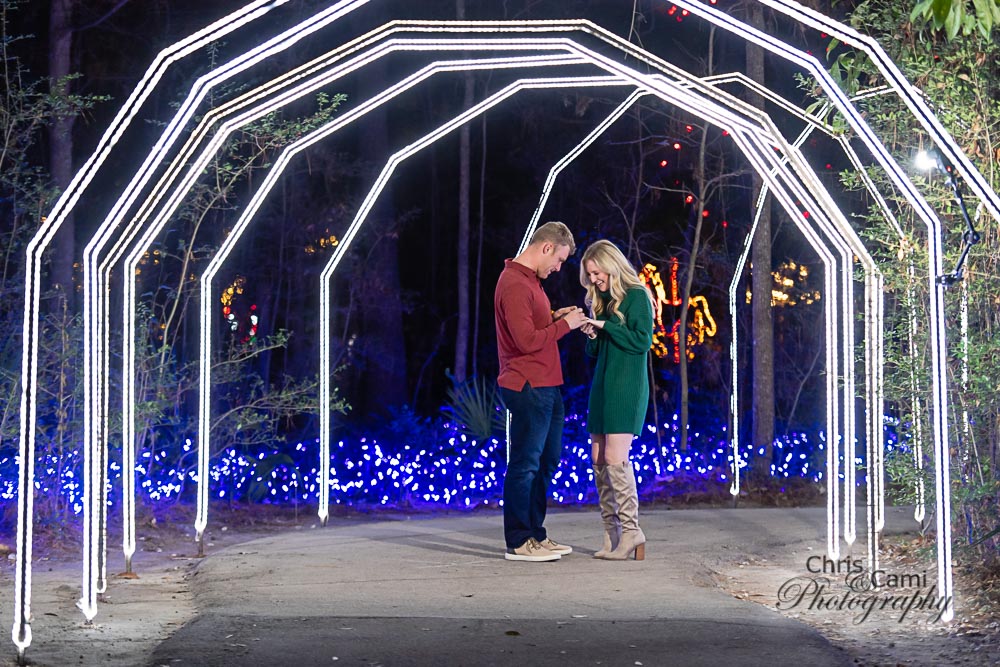 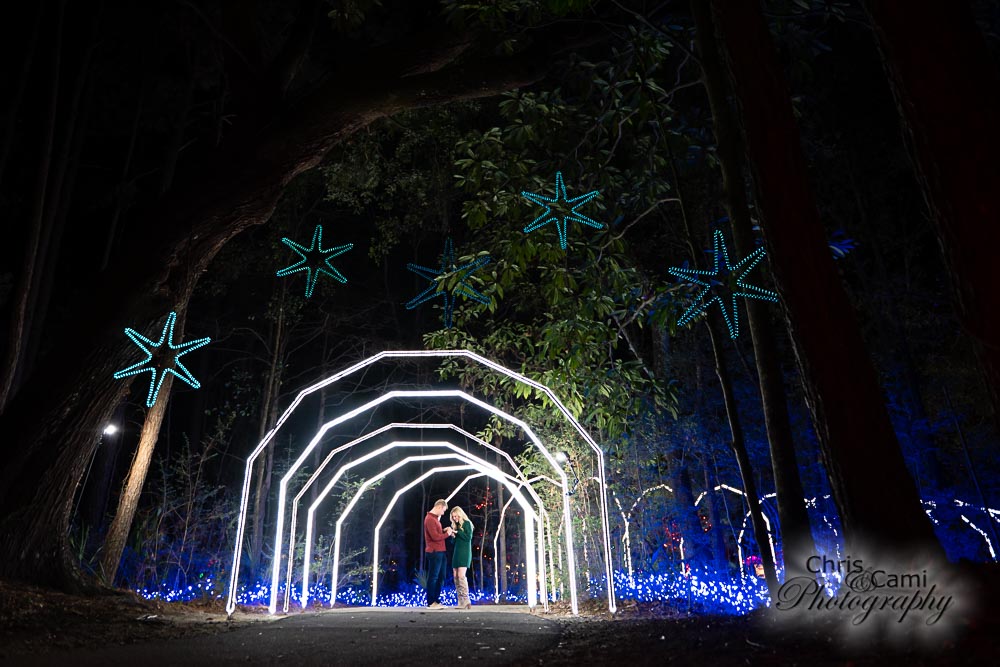 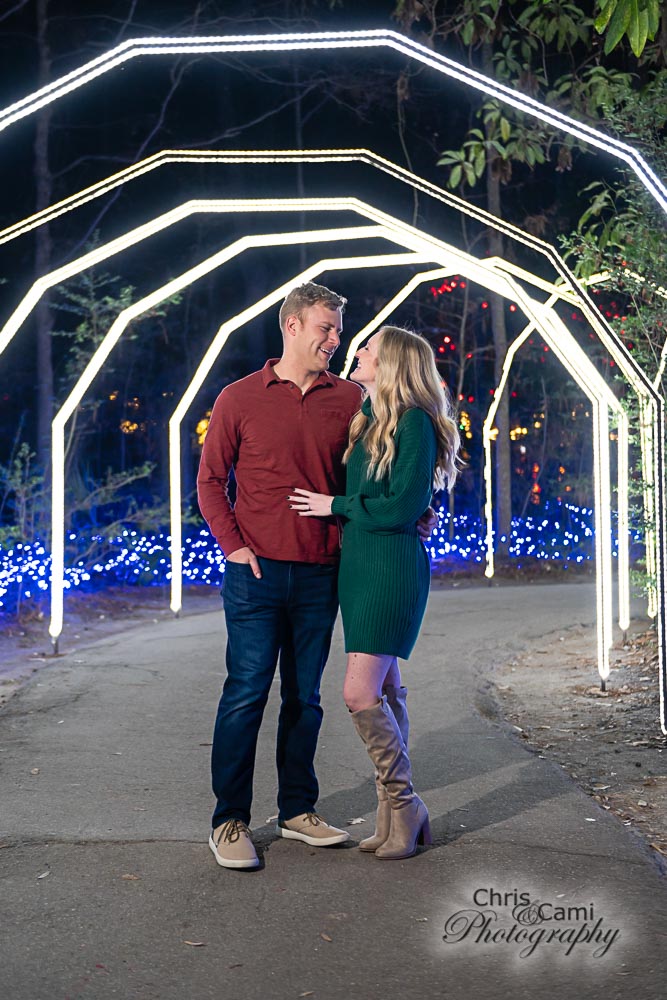 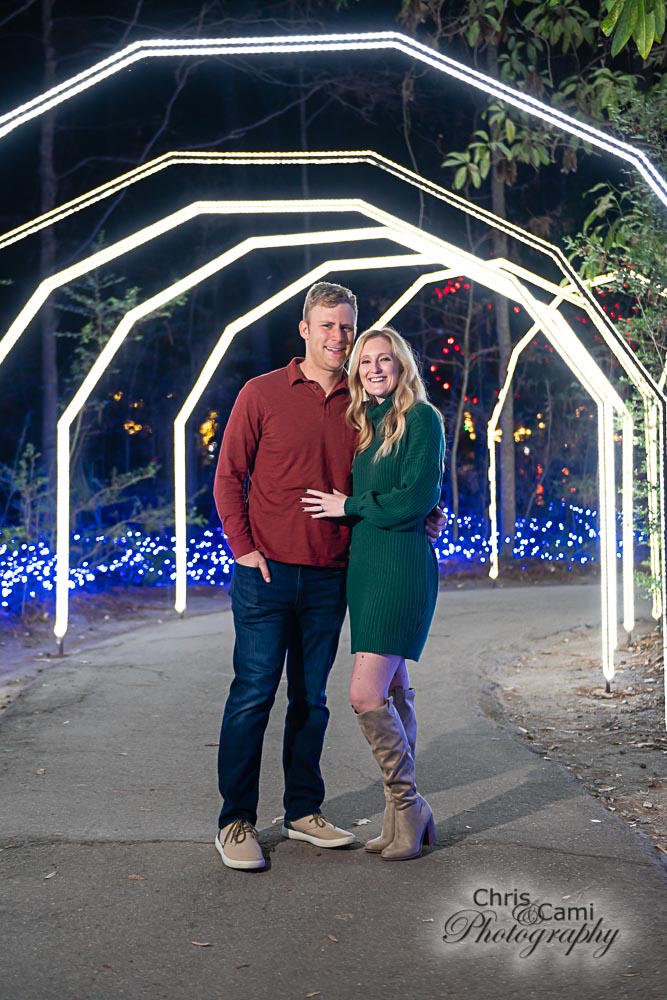 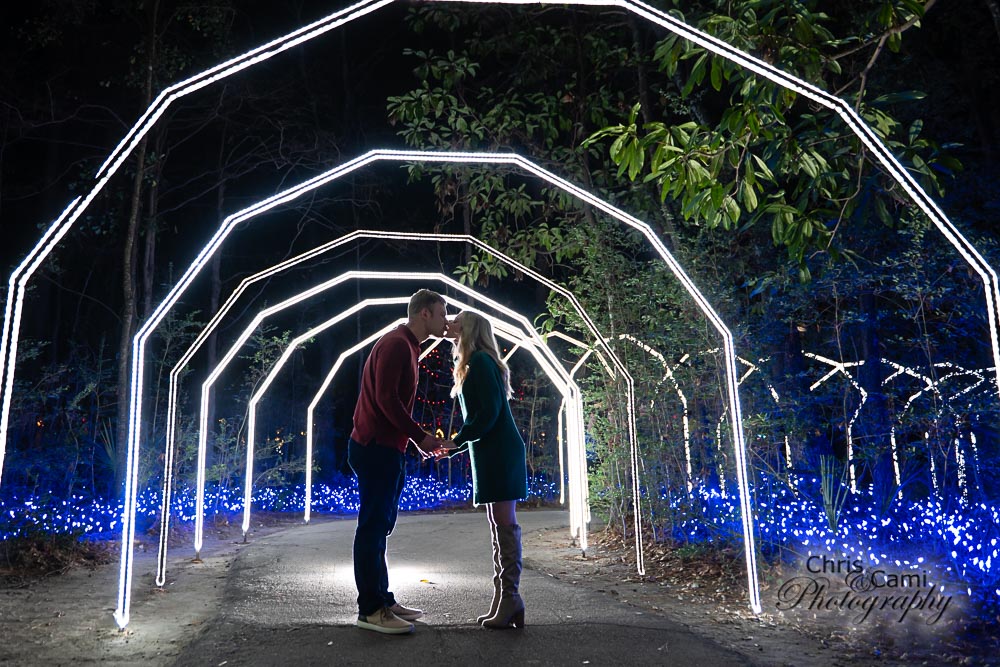 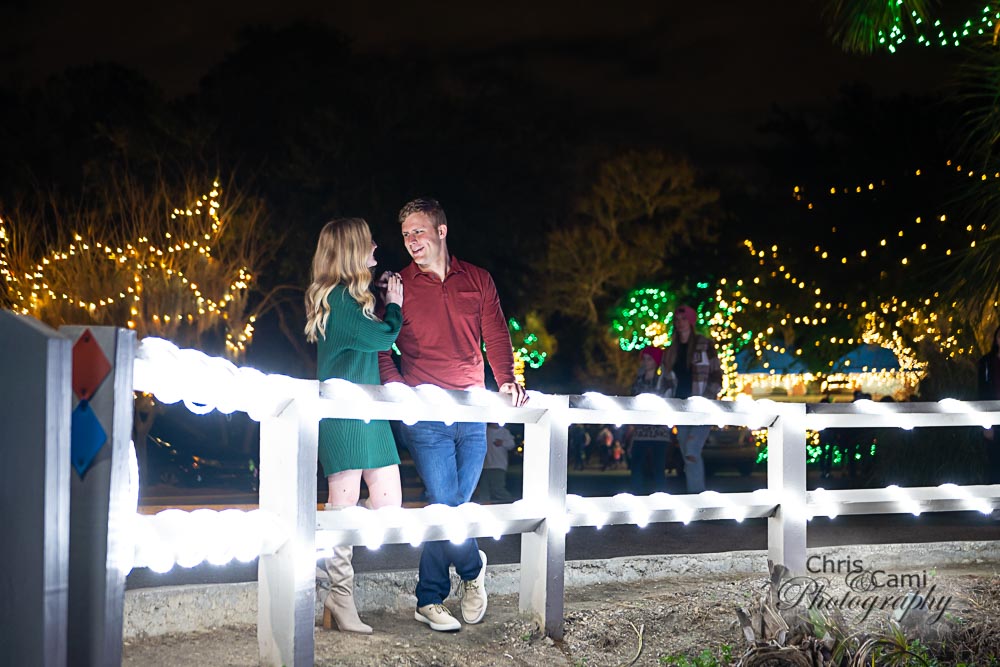 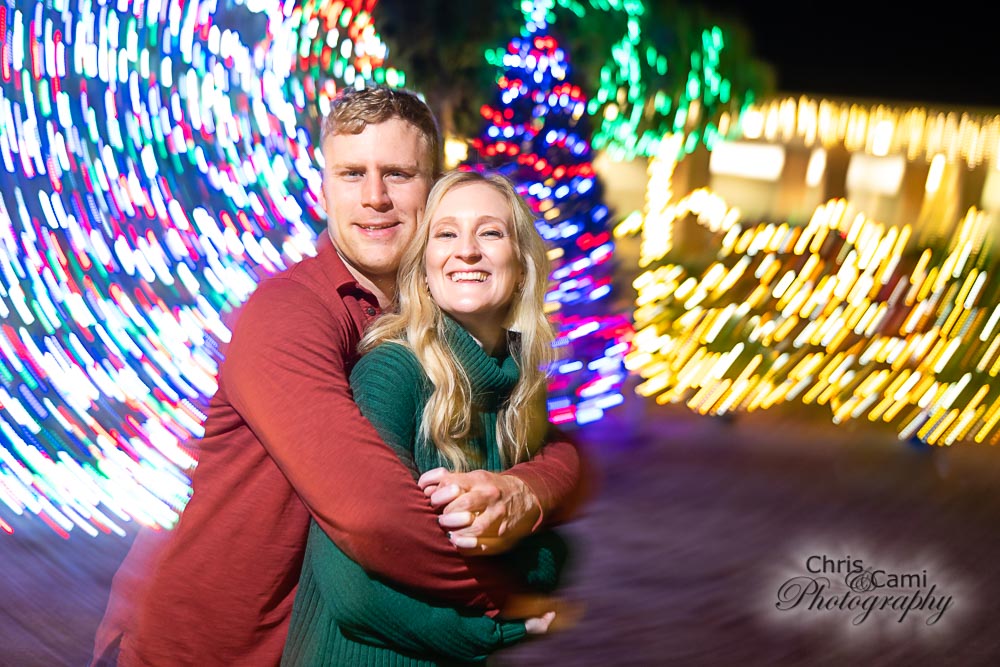 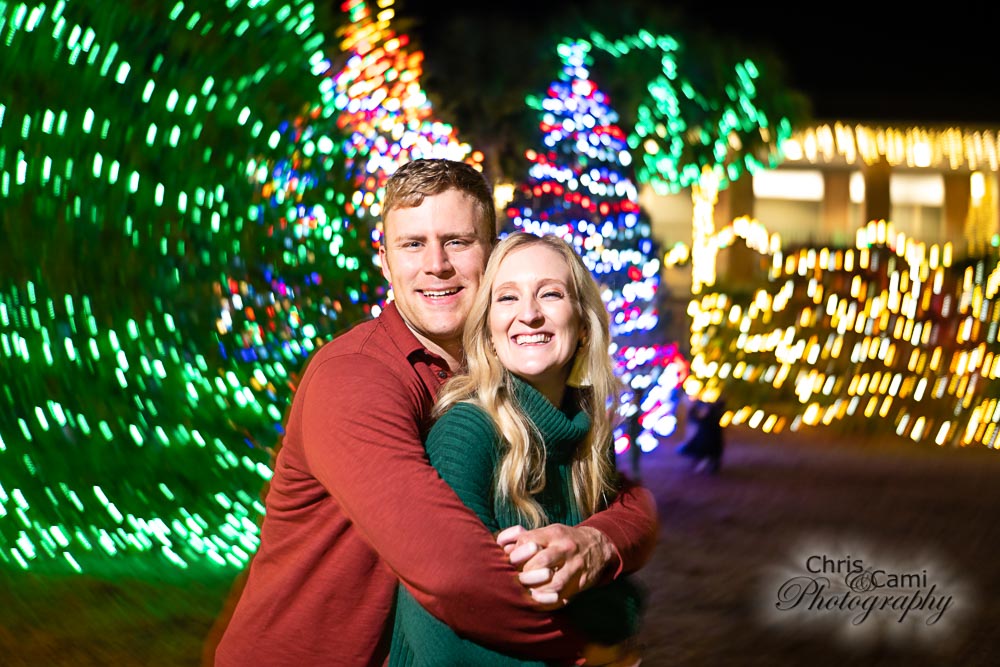 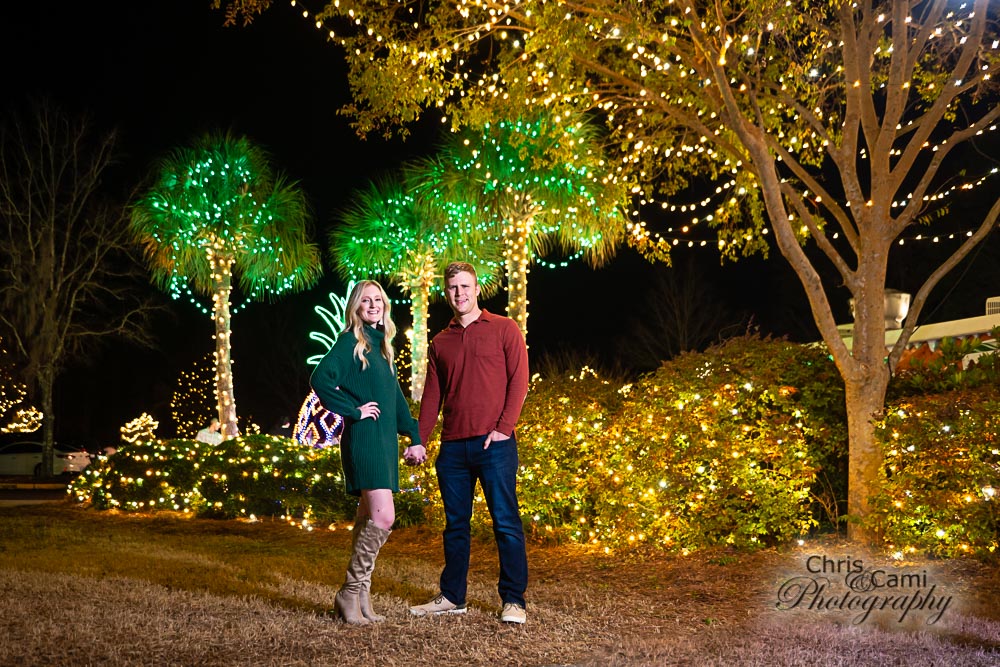 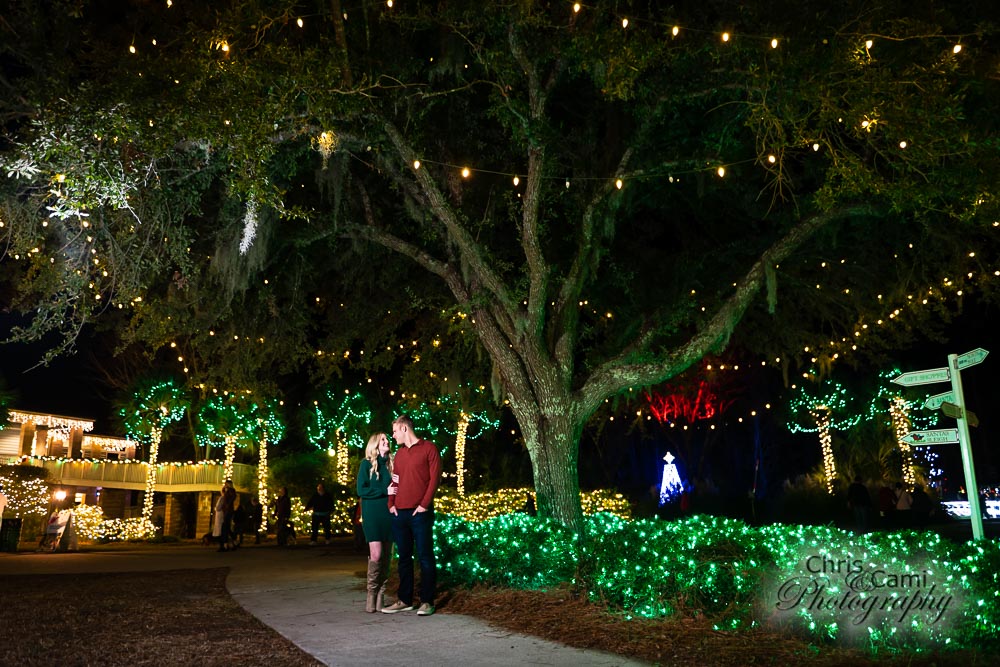 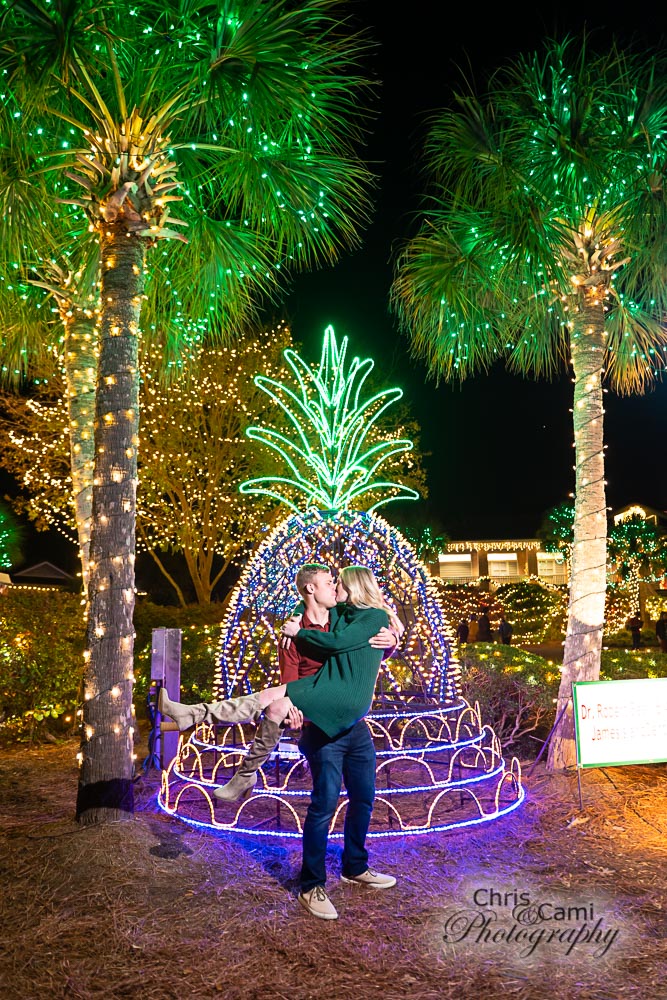 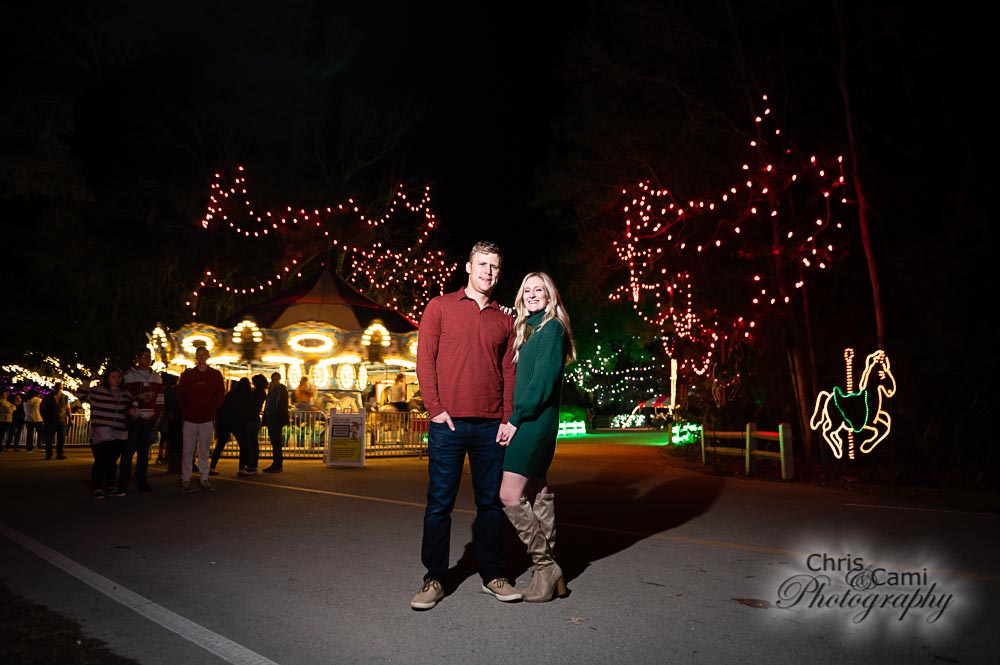 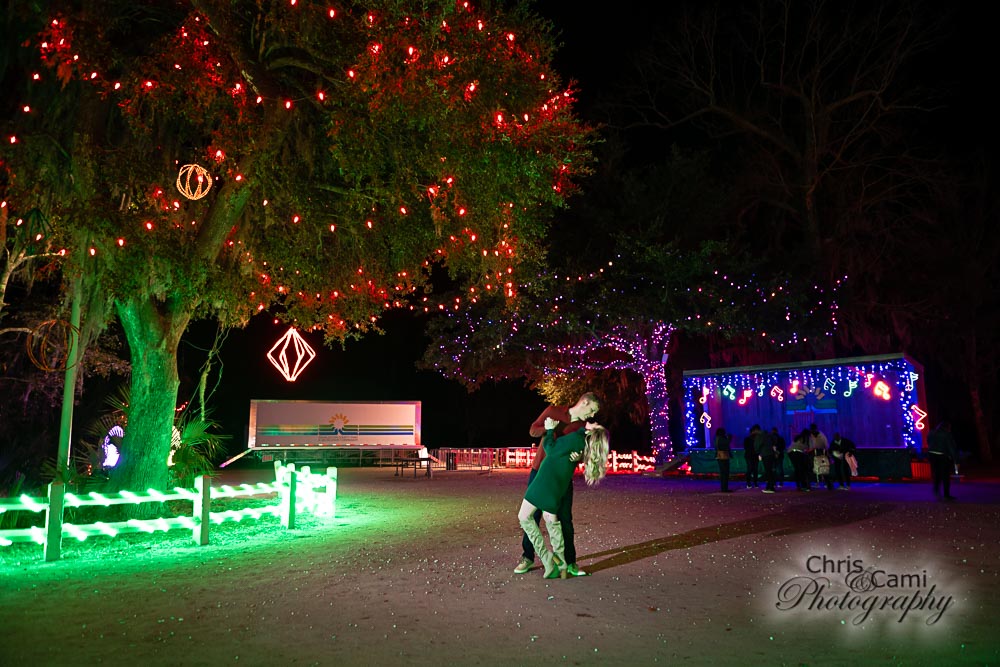 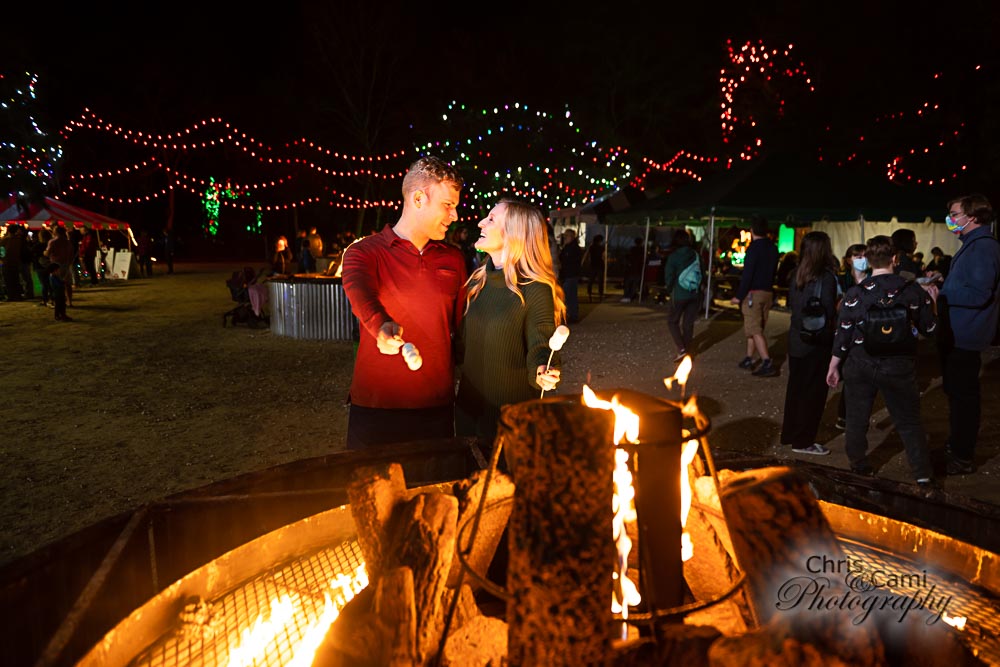 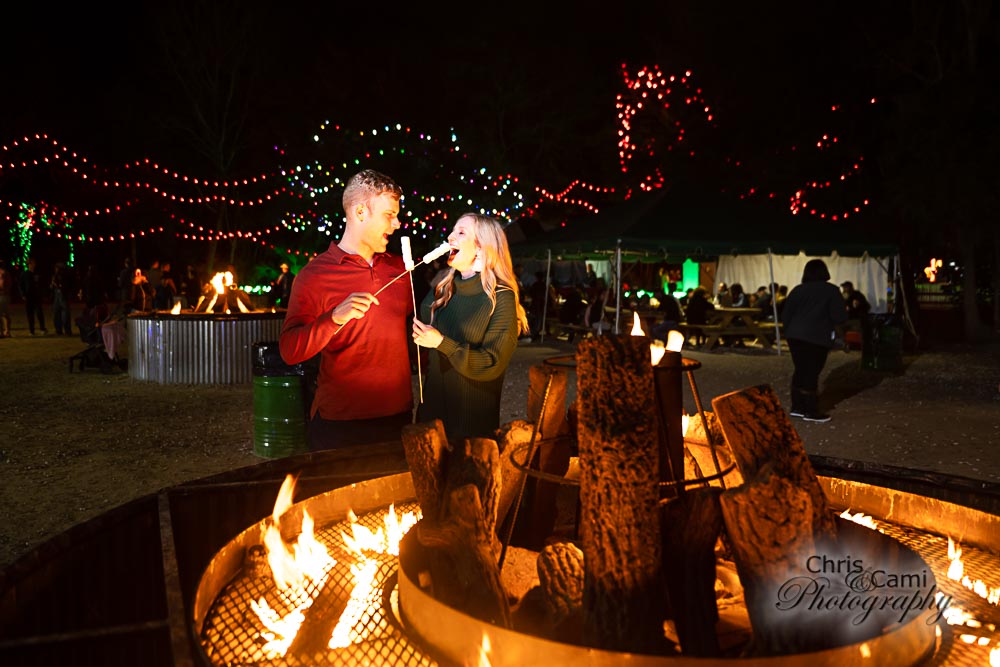 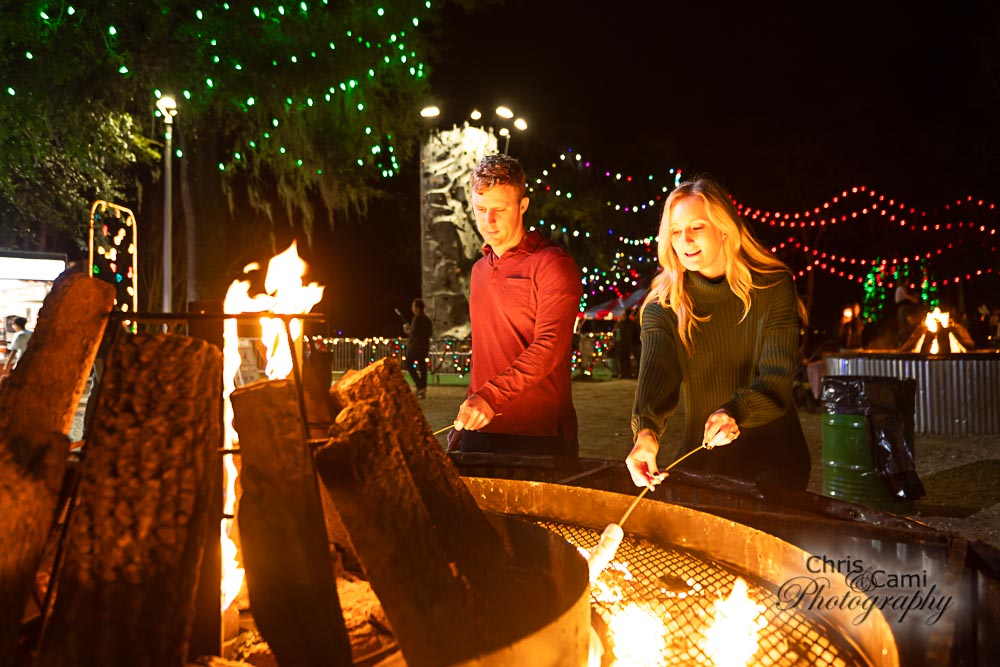 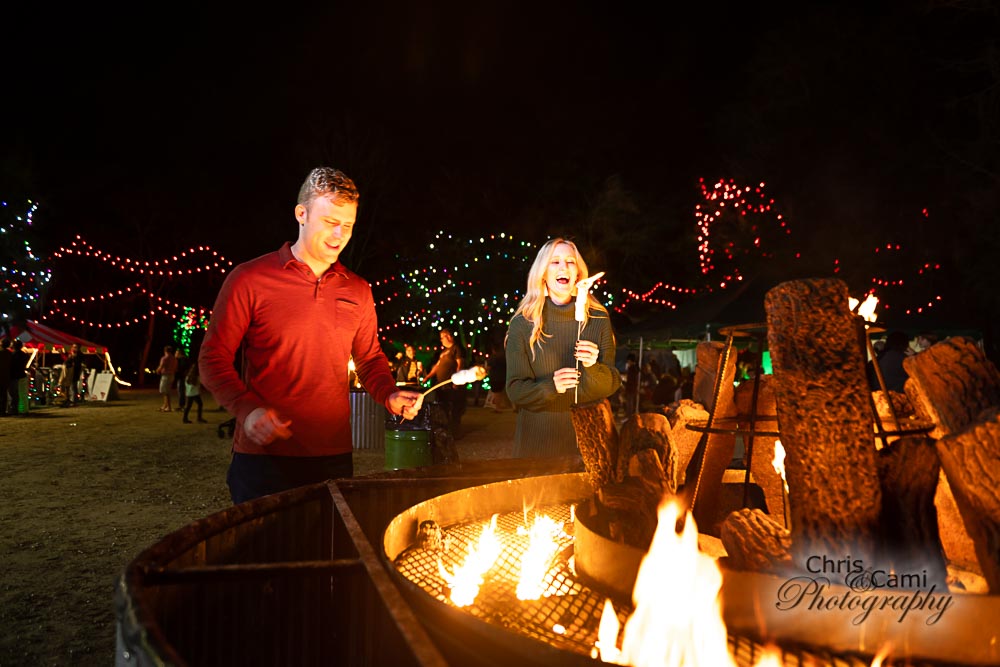 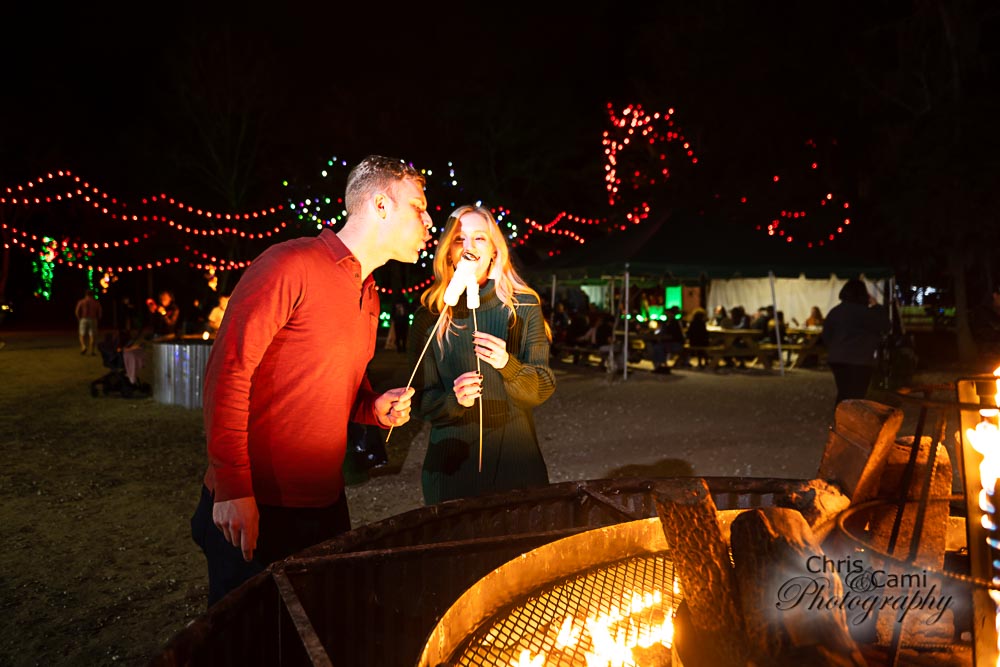 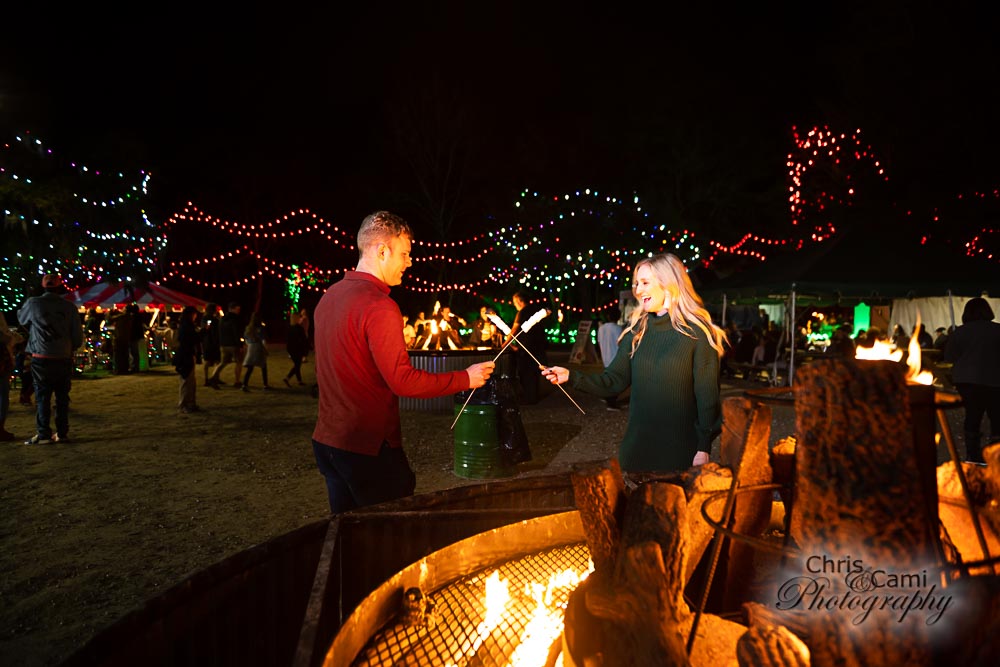 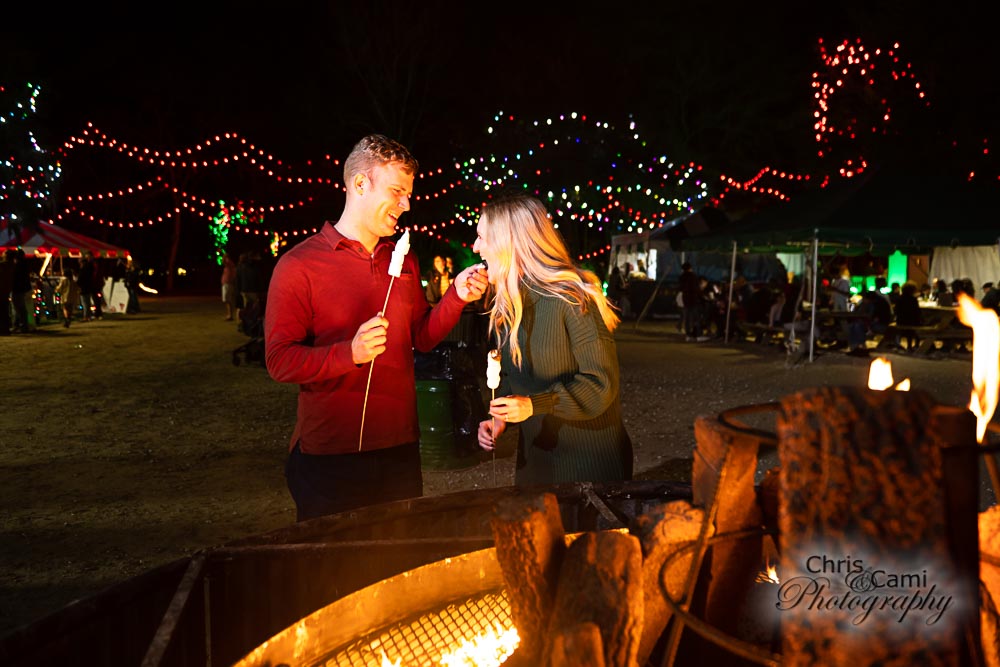 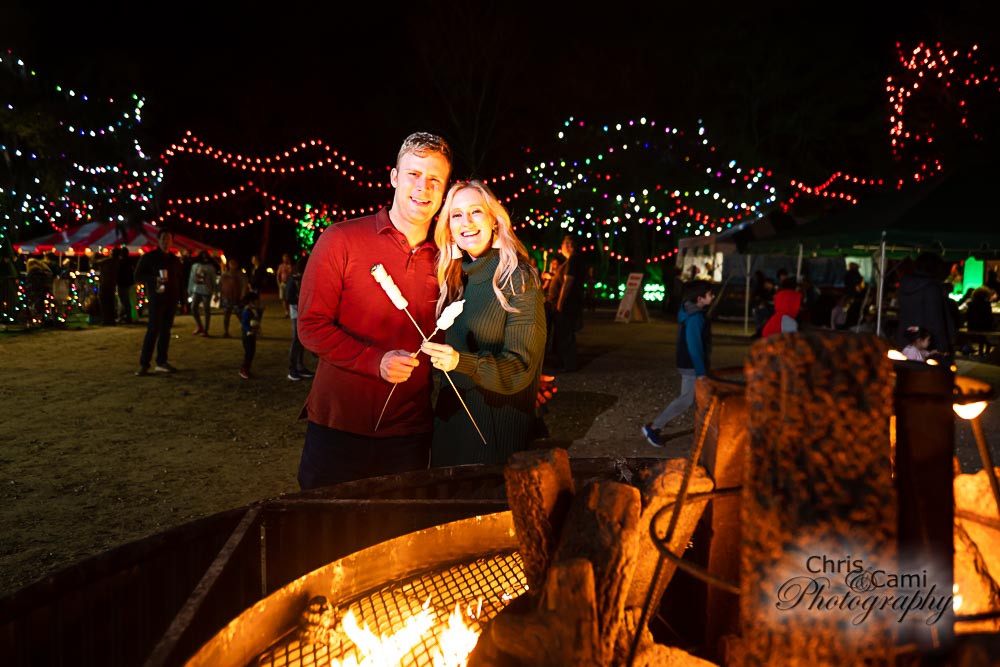