Last night I had the oportunity to photograph the Charleston Legislative Group before their first meeting of 2017.

With limited time, a confined space, and heavy foot traffic through the area, I elected to use an all wireless setup. This was a simple bank of windows in the study area of the Lowcountry Graduate Center. The last thing I needed was students tripping over power chords as they hurried past me on the way to classes and meetings!

For a soft bank of main lights, I mounted 2 SB-800 flashes on a Manfrotto stand with a 60″ Westcott shoot-through umbrella to camera right, and the same to camera left. These were set as Group A. For a kicker or rim light, I mounted a bare SB-800 on a tall Manfrotto stand and set it up high in the left corner, aimed back towards the group’s heads. The same setup was repeated on the back right corner. These were set to Group B. To add a little color to an otherwise drab background, I placed blue gels on 3 SB-800 flashes, and mounting them to one of my triple-threat brackets, atop another Manfrotto light. These were set as Group C and placed outside the building, aiming back at the blinds from behind. All stands were sand-bagged with BoaBags for safety.

The image was shot on a Nikon D4 on a Manfrotto tripod, tethered to a Lenovo Yoga laptop. All flashes were triggered by an SB-5000 on the camera, via RadioPopper Px radio transmitters. The final shot was cropped for 16×20 output, with space for graphics left at the top of the frame. 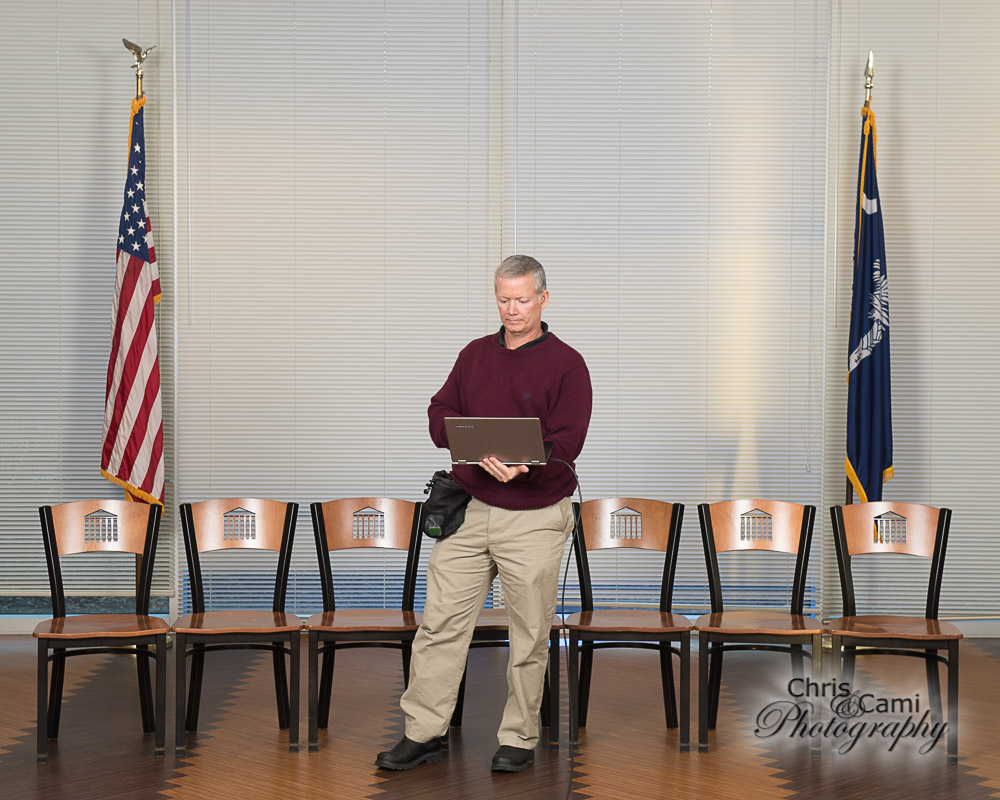 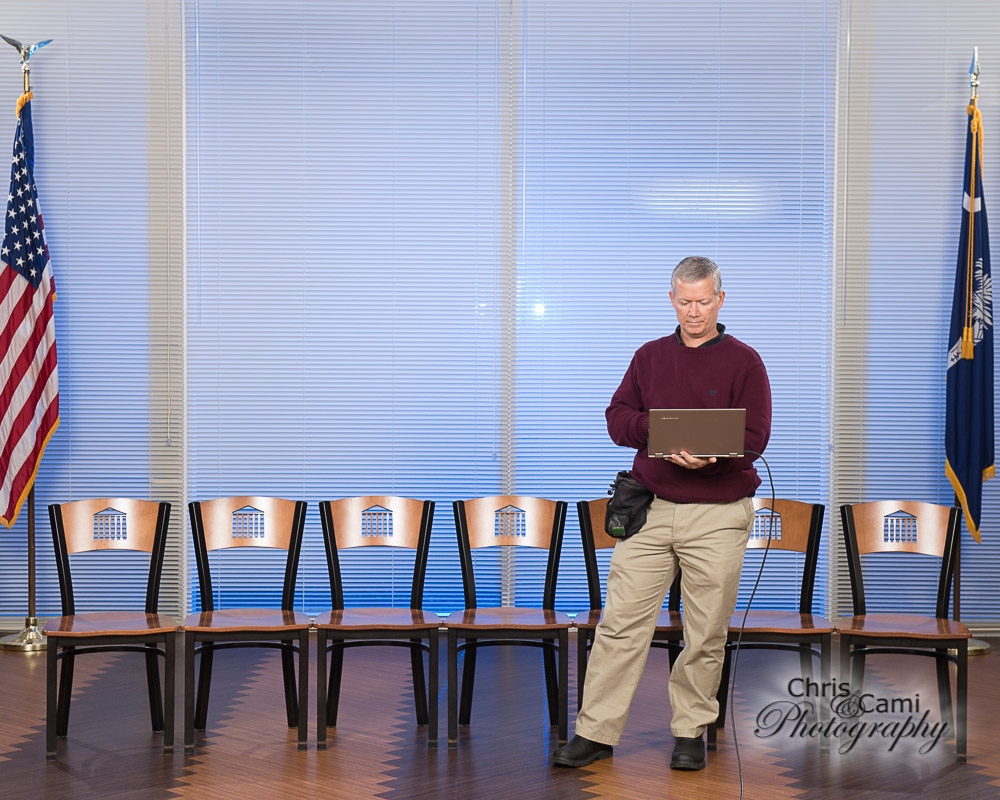 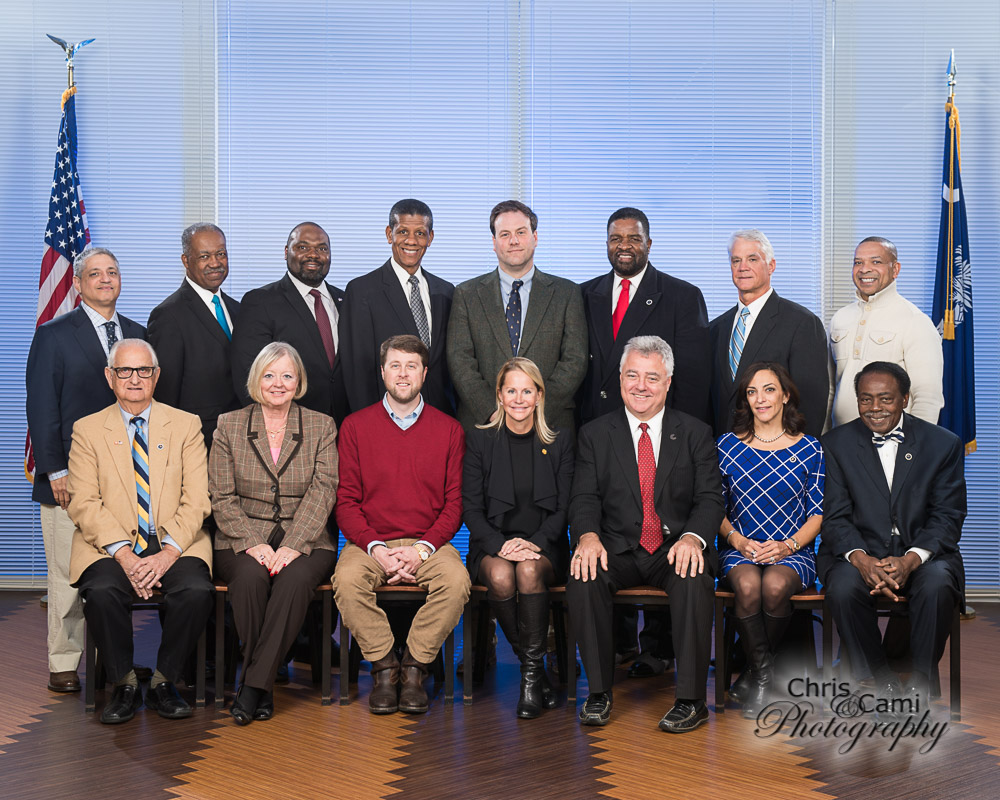