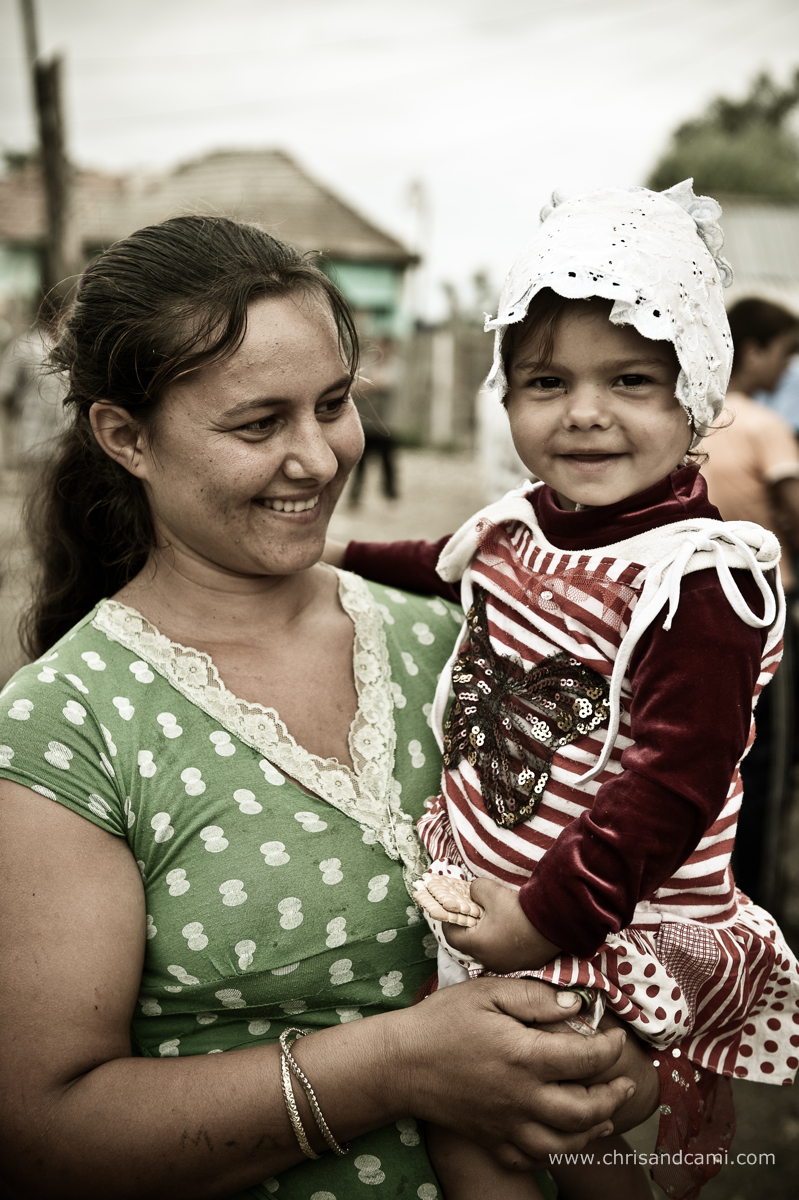 Next weekend the Gypsies of Romania, called Roma, will be on the minds of local photographers stationed at Waterfront Park downtown. The photographers — Chris Smith, Leslie Wilson, David Strauss, Liz Duren and Peter Miller — are pitching in 1:30-4:30 p.m. Saturday and May 22 to help two colleagues, a husband-and-wife team living in Denver, raise money to build an education center that serves the Roma. For a minimum donation of $150, they will take family portraits during the two afternoons, providing participants with high-resolution digital images and a release authorizing them to print the pictures.

The education center will be built in Gepis, a village in western Romania near the Hungarian border. Its sponsor is Children in the Son Inc., a nonprofit founded in the U.S. in 2001 “to globally evangelize children by demonstrating the love of Jesus.” Michelle Kelly Sims and Daniel Sims have been missionaries in Romania for years, helping those in poverty and sharing the gospel.  The organization, based in Raleigh, recently invited former Charleston resident and photographer Bill Nixon to join its board of directors.

Nixon and his wife, Kelli, lived in Romania for two years, in 2004 and 2005, helping abandoned infants, mostly Roma, develop emotionally and physically. While they were there, they met Michelle Kelly Simms and learned about Children in the Son, Bill Nixon said. The goal, he said, is “to build a place where we can give an education to — especially — girls, gypsy girls.” Poverty is so pervasive among Roma communities that families will marry off their daughters at 14, only to see them get pregnant and caught in a cycle of desperate hardship.

The center’s programming will include discussions of the gospels and Christian faith as well as lessons in math, reading and other basics that prepare young people for school entrance exams, he said. The mission team hopes to have the structure completed by October. The weekend fundraiser should bring in about $7,500 of the $30,000 they need, Nixon said.

The Nixons lived in Charleston for six years before moving to Denver in 2008. While they were here, they got to know several fellow photographers, including Chris Smith. Smith helped Kelli Nixon start her photography business (Kelli Nixon will be shooting family portraits in Denver while the Charleston team is busy at Waterfront Park). Smith, too, has traveled to Romania to do mission work, reaching out to the Roma, providing food and water, trying to “help the locals help themselves.”

“It’s really just an unbelievable situation; you wouldn’t believe your eyes,” he said of the squalor he witnessed among the Roma. “They’re really the black sheep of the country. People just shun them.” Three years ago, Smith helped start the Charleston Photographers Lunch Group, which gathers once a month to talk shop. It was, therefore, easy to find others ready to help with the Children in the Son fundraiser, he said.

Nixon said he wants the mission work to alleviate suffering and transform the hearts of people in the gypsy community of Gepis. “We want to educate them so they have options and don’t need to marry at 14,” he said.

I still have THREE SPOTS LEFT this Saturday afternoon for Family Portraits.  Cost is a donation of $150 to CITS and covers a portrait session INCLUDING all images on a CD, a total value of $245!!!  Do your good deed for the week, get some great family portraits, PLUS save $95 off the regular price!  Contact me at 843-324-8900 or chris@chrisandcami.com ASAP to grab one of those spots.